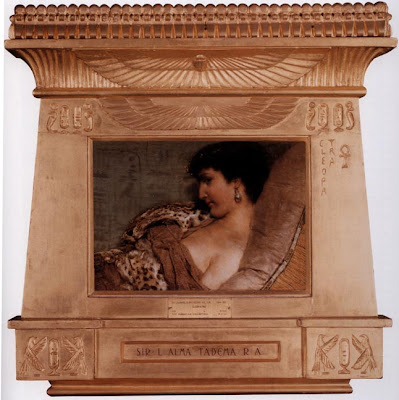 Thank you very much for your warm welcome. Usually at these events the job of the exhibition curator is to be seen, and not heard. The pictures are up, the last labels have been fixed to the wall, and longed-for drinks are not far off. And, at the opening party, somebody else has the job of doing the honours. One secretly hopes that person will indulge in unrestrained encomiums or, failing that, will at least entrance the guests, get them to send all their friends along to see the exhibition and, of course, buy a copy of the catalogue for the ridiculously low, never-to-be-repeated price of $45. Instead, you are giving me a glimpse of life on the other side of the podium. I am very glad to be here.

Let me begin by thanking the Director, Doug Hall, and all the staff of the Queensland Art Gallery for the splendid job you have done in hanging these enormous, cumbersome, beautiful, heavy oil paintings; for supporting the idea of the exhibition from its inception in 1997, and for being generous lenders of four indispensable works. The firm commitment of Brisbane to Love and Death was one of the constant factors that allowed us to go ahead and put it on, and we at the Art Gallery of South Australia in Adelaide are very grateful for that.

The other constant factor was John Schaeffer, who, I am glad to say, is with us tonight. Mr. Schaeffer provided much-needed sponsorship of the catalogue, and lent no fewer than fifteen stupendous pictures for this exhibition, many of them famous works like Lord Leighton’s The Syracusan Bride leading wild animals in procession to the Temple of Diana and G. F. Watts’s Endymion. I thank him for enduring a year of monkish simplicity, surrounded by what must be acres of bare wall.

Victorian plumbing, Victorian morals and prudishness, Victorian attitudes about this and that… The word Victorian is, for us, still laden with negative associations. Yet, as we embark upon the twenty-first century, the culture of nineteenth-century Britain becomes, I think, ever more surprising and complex – much like the mythic figure of Queen Victoria herself. Here she is, towards the end of her life, confiding to her diary about the gloomy prospect of yet another dose of Mr Gladstone:

These are trying moments, and it seems to me a defect in our much-famed constitution to have to part with an admirable government like Lord Salisbury’s for no question of any importance or any particular reason but merely on account of the number of votes.

Despite this hawkish outlook which, fortunately for her, every one of the Queen’s prime ministers was somehow able to conceal from the general public, it was, in fact, during her reign that British political, legal and social institutions gradually evolved towards what we recognise as one distinct prototype of the modern democratic state. Certainly it was by 1901 an exact template for the brand new Commonwealth of Australia.

It is worth remembering that here, today, we are surrounded by the living relics of Victorian England – the name of this state, for example, the parliamentary institutions that make our laws, the courts in which we seek justice, the universities that feed our professions, the philanthropic organisations that dispense charity, not to mention the games of cricket and Rugby – played rather differently these days – the railways, the postal system, the labour movement, eggs and bacon, crumpets, afternoon tea, driving on the left-hand side of the road, and pyjamas. Wherever we look, it seems, the Victorians are with us.

And notwithstanding the sleek modern lines of this beautiful building, the ghosts of Victorian art museum curators dwell here too, and in all the other public art museums of Australia and New Zealand. For our collections of nineteenth-century British art were mostly assembled prior to Federation, as distinguished examples of the work of living artists. It is a measure of how well those choices were made that an exhibition such as this may be mounted, as it were, locally. At previous venues this has especially intrigued visitors from Britain and North America, and I hope you will find that the same is true in Brisbane.

Occasionally I am asked why we chose to borrow the rather bracing title of Love and Death from G. F. Watts’s great symbolical picture of 1877. In the present era of corporate dollars, it did not appear to give our sponsorship staff much of a leg-up. “Qantas brings you Love and Death” was a distinctly unpromising tag. Yet it seemed to me a particularly striking characteristic of the Victorian imagination that whenever the sombre theme of death crops up – as it does an awful lot in poetry, prose, painting and sculpture – it is very frequently realised with quite astonishing aesthetic power, and accompanied by an erotic charge of startling frankness. At the same time, where there is love, death and the prospect of posthumous reunion, it seems, are never far away.
Queen Victoria herself was keenly interested in the subject of death, for eminently understandable reasons: she was not only predeceased by her much-lamented husband Prince Albert, but by three of her nine sons and daughters, three of their spouses, and nine of her many grandchildren. As well, the Queen gave a great deal of morbid consideration over many years to the question of what, apart from her own body, should be put in her coffin when, in due course, she died on 22 January 1901.

According to carefully drafted instructions that were entrusted to her doctor, Sir James Reid, members of the household spent most of that night creeping around Osborne on tip-toes gathering from cupboards and chests of drawers a mountainous cargo of souvenirs of the Queen’s life: plaster casts of hands, lockets, rings, bracelets, gold chains, shawls, handkerchiefs, photographs of beloved pets, servants, children and grandchildren, Prince Albert’s dressing-gown, a cloak of his embroidered by Princess Alice, and many other mementoes and keepsakes – all carefully folded and hidden among bags of charcoal beneath a quilted cushion on the floor of the coffin. In her hand was placed a small photograph of her Scottish servant John Brown, discreetly wrapped in white tissue paper and tactfully hidden from members of the royal family by a spray of flowers. On the whole, it strikes me as not a bad way to go – surrounded by fragments of love memory.

Obviously this exhibition is not about what Queen Victoria took with her to the grave – although, come to think of it, that might be a very interesting show to mount if only you could retrieve the loans. Love and Death is all about the quest for pure beauty; the effort of successive generations of British artists to escape the gravitational field of the Royal Academy of Arts and strike out on their own; the exploration of new kinds of subject matter, to say nothing of the Victorians’ fascination with events and stories of the remote past. I hope you will enjoy seeing it quite as much as I enjoyed arranging it.

Before I conclude, may I take this opportunity of alerting you to something that I had to leave out of the exhibition catalogue, but which seems to me too good to abandon entirely. In the 1880s and 1890s the Victorians had an insatiable appetite for the color yellow. James McNeill Whistler’s “yellow breakfasts,” in which goldfish, buttercups and bowls of nasturtiums were prominent among the decorations, became smart and were widely imitated. The Pre-Raphaelites had liked yellow, and sunflowers and daffodils and all sorts of other yellow flowers had since then been all the rage. The most desirable novels had yellow paper covers and were called “yellowbacks” long before the term paperback was thought of, while one of the most adventurous journals of the 1890s was entitled The Yellow Book. One writer summed up this English craze for yellow: “Let us dream of this:” he wrote, “A maid with yellow hair, clad in a yellow gown, seated in a yellow room, at the window a yellow sunset, in the grate a yellow fire, at her side a yellow lamplight, on her knee a Yellow Book.”

When the Modernists looked over their shoulder at the vanishing world of Victorian England, all they could see was darkness, dreariness, hypocrisy and decay. For them yellow was the color of anxiety. Think of Gauguin. Think of Kirchner and Schiele. Today, I think, we are far better able to see the art of last decades of the nineteenth century as the Victorians frequently chose to see it themselves – as a dazzling aesthetic experience, and an efflorescence of sunny yellow.

Ladies and gentlemen, it gives me great pleasure to declare this exhibition, Love and Death: Art in the Age of Queen Victoria, well and truly open!

Speech at the opening of Love and Death: Art in the Age of Queen Victoria, Queensland Art Gallery, Brisbane, Wednesday, May 29, 2002. The full-color catalogue is still available through the Art Gallery of South Australia bookshop in Adelaide http://www.artgallery.sa.gov.au/content-bookshop.html

Posted by Angus Trumble at 3:43 PM