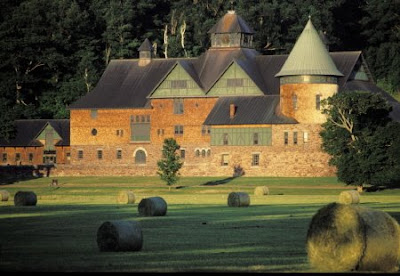 During the summer, Fire Island Pines, a narrow, scrubby Atlantic-facing dunescape off the southern shore of Long Island, is entirely colonized by gay men from Manhattan. Little dogs, swelling pectorals, postcards of Prince William, and other clichés abound. The only way to get there is by ferry. There are no roads, just paths, jetties, and boardwalks. This alone makes it worth the trip. Yet Fire Island has a distinctly ‘science fiction’ aspect – as if populated by curious aliens, time-travellers, off-duty astronauts, and support staff. Here, glamorous youth and leathery, wobbling-tummied capital are exquisitely interdependent. From about four o’clock in the afternoon to six or seven, at the quayside tea dance, hundreds of shirtless men writhe to ‘Let The Sun Shine In,’ and other camp classics. All shapes and sizes. You can’t help thinking of those nature documentaries where colorful water birds peck grubs and insects from behind the ear of some lumbering hippopotamus. I am not sure where I fit into this eco system. It does not seem particularly fragile.

By coincidence, in Halifax, Nova Scotia, they still fire a midday cannon from the citadel. It, too, feels like an outpost. The sound is richly gun-powderish and colonial: Boom! I nearly jumped out of my chair. There is something more than vaguely gothic about Halifax. I came here to shoot part of a documentary about human teeth. Halifax was where they brought for burial several hundred frozen bodies left behind by the R.M.S. Titanic. Coffins were for first class passengers only. Five years later, towards the end of World War I, the Mont Blanc, a French ship laden with T.N.T., bumped into a Belgian relief vessel in Halifax Harbour, blew up, and flattened half the town. A half-ton anchor landed more than two miles away. A 1,200-pound cannon crashed to the ground in Dartmouth, three miles in the opposite direction. More than 1,600 people were killed instantly. Within a few hours a good proportion of what was left standing burned down. Most recently, on September 11, 2001, more than 40 international flights were diverted to Halifax. 7,000 bewildered passengers were stranded for days and days, most of them billeted with kind strangers. At breakfast I noticed advertisements in the local paper for Katie’s organic handmade dog biscuits, Arabian belly-dancing, and psychic readings by Keith. In the personals, Potato says he loves Hopper, who has just turned forty. I like Canada.

But I have fallen in love with Los Angeles. The meanest strip-mall neighborhoods sprout quirky cactuses, swathes of wisteria, hedges of pittosporum, and avenues of tall, slender palms. There are little exclamation marks of flaming bougainvillea, or else great umbrellas of it. You cease to notice the drive-thru burger joints, spooky places of worship, decrepit truck depots and oilrigs that bob up and down on the stony hills in between. The desert climate is wonderful, and southern California can be cheap, provided you use your head. Latin taste and gentle good manners are never far away. The Huntington Library, Art Collections and Botanical Gardens in San Marino, Calif., must be among the most physically spectacular of all museum establishments. But every object is anchored, cushioned, or visibly threaded with nylon cords, an eerie portent of the next inevitable earthquake. There is something perversely arrogant about putting on display so many fragile Sèvres garnitures in the middle of a seismic hot zone. While the unthinkable forces that not so long ago threw up the San Gabriel Mountains lie dormant, you do occasionally think Pompeian thoughts.

In London I went on Richard and Judy, the afternoon chat show on Channel 4. This was to talk sunnily about my book. Earlier in the day we found out that Rebecca Loos, the other woman in the Posh and Becks sex scandal, was going to be in the same program. The producer laughed immoderately when I asked if we were going on different segments. They sent a car, and when we reached the studio, a crowd of paparazzi clicked and flashed through the passenger window. Although I held up a copy of my book, strangely there was nothing in the next day’s papers.

Accompanied by Max Clifford, the ambulance-chasing celebrity publicist, Rebecca Loos arrived an hour later. The Noor of Jordan hairstyle, orange suntan, tasteful pashmina, dark glasses, plenteous cleavage: a pleasant smile, the coy wave. Watching in the green room, we agreed that these sent out decidedly mixed signals. Rebecca reckons David Beckham made her feel like a million dollars. Which is, I suppose, just about what she has earned in fees. Judy obviously didn’t like Rebecca, and asked if she was a Lesbian. She made a defiant little head toss. ‘Yes, I have had relationships with women,’ she said, shoulders back. Richard, Judy’s much younger husband, was tickled pink.

I took my mother to northern Vermont to inspect the Brown Swiss calves at Shelburne Farms, a great Vanderbilt establishment overlooking Lake Champlain and the glorious Adirondack Mountains. Frederick Law Olmsted, who years earlier created Central Park in Manhattan, laid out this magnificent estate in the 1890s. Stands of trees cleverly diminish the Brobdingnagian scale of the rusticated stone barns, where they make cheese. The horse barn, meanwhile, is longer and wider, though fortunately not taller than Grand Central Station. The children’s farm is wasted on children: a retired Columbia University professor was in ecstasies after learning how to milk a cow. I made friends with some splendid Rhode Island reds. Why are hens so charismatic?

Our taxi driver informed us that Vermont and Texas are the only states that declared independence before joining the union. He is right: Vermont broke with the crown in 1777, but did not become the fourteenth member of the United States until 1791. Texas declared herself independent of Mexico in 1836 – ‘Remember the Alamo!’ – and only became the twenty-eighth state ten years later. While Vermont is needed for milk, butter, cheese and skiing in winter, I wonder if Texas is absolutely necessary.
Posted by Angus Trumble at 11:36 AM