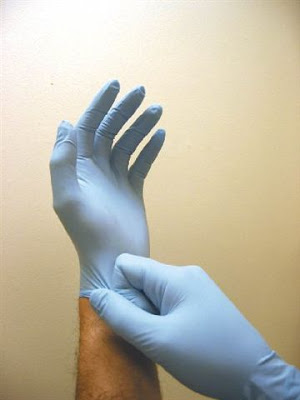 Last week I had what the gastroenterologist blithely described as a “routine” colonoscopy. He told me the colon is a danger zone. He was slightly taken aback when I begged leave to remain conscious throughout, and I’m glad I did. You see much wobbly pinkness on screen, and they go all the way around to where your appendix ought to live.

As it happens, mine was removed more than thirty years ago by an ancient surgeon of rare eminence, Sir Edward Hughes, who was a golfing crony of my father’s.

I was eleven, and by then hated Melbourne Grammar so much that one morning I contrived to have an awful tummy ache so as not to have to go to school. Mum whisked me straight off to our family doctor, a 250-pound yachtsman and sadist. The doctor conducted a curiously thoroughgoing rectal examination.

“Does that hurt?” he asked, eventually.

“Yes” was the only honest answer, and forthright, but before I could do anything to qualify it, or to provide happy news of an unexpected recovery, I was admitted to St Frances Xavier Cabrini Hospital in Malvern, and Sir Edward was called to remove my appendix.

Years later I discovered that for the same glum reasons my brother Nick had done exactly the same thing, and they unnecessarily removed his healthy appendix also.

I recall Sir Edward had a mild tremor in his scalpel hand, and rich mahogany nicotine stains along the sides of his somewhat arthritic index and middle fingers. There were no gloves in those halcyon days.

It occurred to me half way through last week’s “procedure” to ask the gastroenterologist why on earth he had chosen this particular branch of medicine to practice, and with the deadpan seriousness that one only finds here at Yale, he actually told me the answer: He said he likes to be “hands on.”

I began to express the view that surely there must be pleasanter parts of the body to come to grips with, when his theater sister shot me a really hostile glare.

No option but to cast my eyes down, very Jane Austen.

Posted by Angus Trumble at 5:18 PM