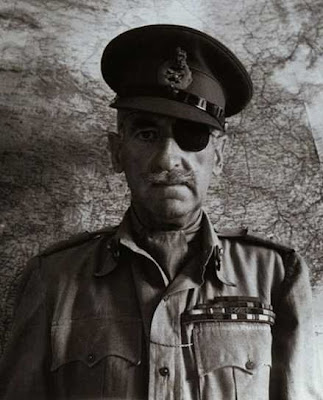 General Carton de Wiart was one of the most remarkable figures in British military history, renowned for his bravery, and was probably the model for Brigadier Ritchie Hook in Evelyn Waugh’s Sword of Honour trilogy.

At the beginning of World War I, Carton de Wiart was seconded to the Somaliland Camel Corps. While attacking an enemy fort at Shimber Berris he was shot in the face, and lost his left eye.

He had previously been shot through a lung during the Boer War. After he lost his eye, Carton de Wiart was wounded seven more times. He lost his left hand in 1915. He was shot through the skull and then his ankle during the Battle of the Somme. Bullets passed through his hip at Passchendaele, through his leg at Cambrai, and through his ear at Arras. Somewhere along the line he also lost the rest of his left arm.

He played polo, and rode to hounds with the Duke of Beaufort’s hunt. One cousin was prime minister of Belgium, and another was political secretary to King Albert. During World War II, he served in Poland, Ireland, Yugoslavia (where he was captured by the Italians but escaped), and finally as Churchill’s personal representative to Chiang Kai Shek in China. On his way home, while staying with the G.O.C. (Burma) in Rangoon, he slipped on a piece of coconut matting, and broke his back. The surgeons took this opportunity to remove a good deal of the shrapnel he had so far accumulated.

General Carton de Wiart made a complete recovery, and, after the death of his first wife, Countess Friederike Maria Karoline Henriette Rosa Sabina Franziska Fugger von Babenhausen (1887–1949), resumed a delightful friendship with Hermione, Countess of Ranfurly, O.B.E. (author of To War With Whitaker).

He remarried, to a divorcée, and retired to Ireland, where he enjoyed slaughtering large numbers of snipe and salmon.

General Carton de Wiart was a champagne and claret man, detested whisky, and spoke French, Arabic, and Polish. He liked China, loathed India, and swore copiously. Note the jaunty angle of his cap. 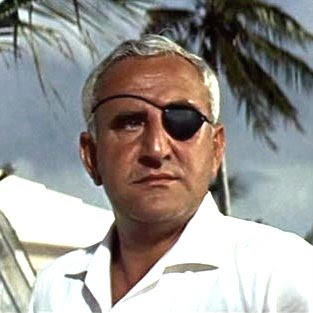 The late Sig. Celi, an Italian actor of Sicilian heritage, played the character of Emilio Largo in the James Bond action adventure motion picture Thunderball (1965). Based at his Villa Palmyra in the Bahamas, Largo is second-in-command of Spectre, the international criminal organization, and head of its extortion operations. In those capacities he assists No. 1, Ernst Stavro Blofeld, who was played by the late Donald Pleasance, O.B.E., 1919–1995. 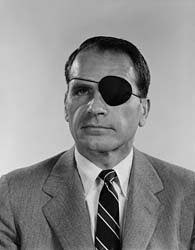 This businessman, as yet unidentified, was photographed some time in the early to mid-1960s. This image is now licensed by Jupiter Images (http://www.jupiterimages.com/), somewhat bafflingly, as “Portrait of businessman wearing eye patch,” and tagged to the following keywords and phrases, which vary in usefulness: 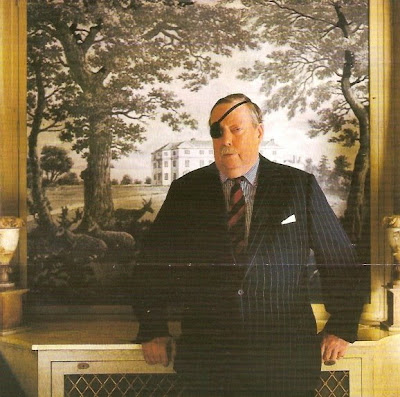 Charles Edward Stourton, 26th Baron Mowbray, 27th Baron Segrave, and 23rd Baron Stourton, was from 1965 to 1983 premier baron in the English peerage. He sat on the Conservative benches in the House of Lords, and was a Conservative whip in government and in opposition from 1967 to 1980. During World War II he served as a lieutenant in the Grenadier Guards. He lost his right eye near Caen in 1944. 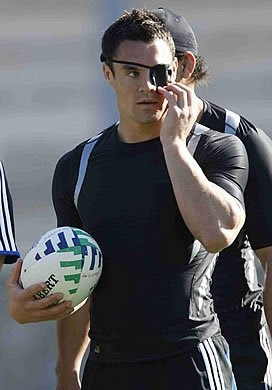 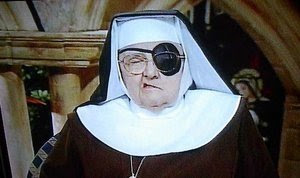 Born in Canton, Ohio, Mother Angelica is a Roman Catholic nun who some time ago set up something she calls the Eternal Word Television Network, for the purpose of regularly appearing on it. 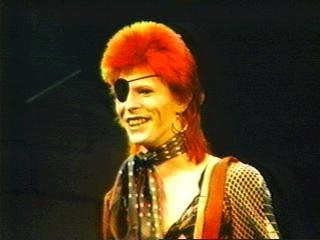 David Bowie was photographed performing in the Netherlands on February 6, 1974, when he received the Dutch Edison Award for the Ziggy Stardust album in a live television broadcast. The patch was an unforeseen consequence of conjunctivitis, and inspired the rest of the “Ziggy as pirate” ensemble. Too ingenious.
Posted by Angus Trumble at 1:26 PM