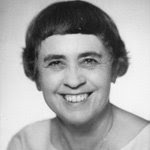 Jean was born on March 15, 1914. Despite having in infancy suffered from septic arthritis of the hip joint, which caused her to grow up with a degree of permanent lameness, Jean lived a remarkably active life in the course of which she overcame many obstacles – mainly physical, but not exclusively.

Jean trained in librarianship in , and got her first job in the Baillieu Library at the .

In 1953 she went from there to be deputy librarian, then chief librarian of what was then the . From 1960 to 1966, Jean was University Librarian of the University of the newly independent .

In 1967 Jean returned to to take up the position of deputy librarian at the in . She wrote a Guide to the Libraries, the Australian National University (Institute of Advanced Studies), Canberra: Australian National University Library, 1970, and, with Enid Bishop, edited International Co-operation in Orientalist Librarianship: Papers Presented at the Library Seminars, 28th International Congress of Orientalists, Canberra, 6–12 January 1971, Canberra : National Library of Australia (for the Library Seminars Planning Committee), 1972.

In semi-retirement, Jean succeeded the redoubtable Miss Mary Rusden (reg. 1966–78) as Leeper Librarian (1978–82), then, in a voluntary capacity, as Mollison (i.e. diocesan) Librarian (1982–94) at in the , where – as she always did wherever she went – she attracted a posse of new and admiring friends.

One of the most enlightened but hitherto unsung administrative decisions Jean took upon arriving at Trinity – with the full support of the then Warden, Dr. Evan L. Burge – was to abolish the old “reserve” section, which consisted of a locked cupboard containing mostly illustrated scientific textbooks, certain French novels and other matter which Miss Rusden regarded as indecent, or merely distasteful, and to which access was routinely denied to undergraduates, theological students, and junior tutors.

Jean was a stalwart of the Student Christian Movement in its heyday; a staunch supporter of the Uniting Church of Australia, Amnesty International, Community Aid Abroad, and the Y.W.C.A. She was endowed with a finely calibrated sense of humour, was a connoisseur of fine wine, and Chinese paintings.

Jean was not by any means intimidated by ex-Prime Minister Lee Kwan Yew of , Church of England bishops, wardens of colleges, or wise-cracking undergraduate sub-professional staff.

Posted by Angus Trumble at 8:27 PM