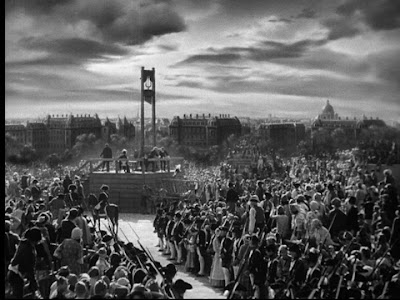 The title of this blog was suggested to me by a dear friend to whom I confided in private not long ago that if, in the midst of the present financial catastrophe, I could be certain that tumbrels would begin to roll up to the New York Supreme Court at 100 Centre Street, bringing among others those responsible for the fictitious credit rating of non-assets, non-products, worthless sheaves of bad mortgages, and those financial instruments that were once laughingly known as “securities,” I would not hesitate to take a leaf out of Dickens, revive my childhood knitting practice, and take up a prominent position on the front steps, Madame Lafarge-style, jostling with all the other angry investors wishing to observe some sort of reckoning.

However, it seems most unlikely that there will be any tumbrels, and perhaps it is among the gloomiest aspects of the present economic situation, and one which ironically most nearly justifies the revival of the old label of “Terror,” that the many thousands of complacent individuals by no means confined to Wall Street who brought us to this disgraceful juncture will not merely survive, but remain essentially en poste. To this extent I suppose the ancien régime of our time is a good deal more durable than that of King Louis XVI.

Posted by Angus Trumble at 4:58 PM