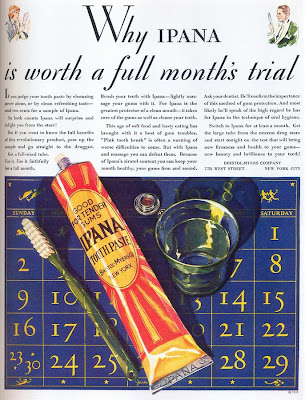 Together, in 1938, our dear cousin slash aunt Mollie Bruce-Pearson (Mongie) and Mum (aged eleven) collaborated on a second work of romantic fiction, which was intended for use on commercial radio. All of the products that they threaded into the plot were of course real, as were certain of the characters such as rasping Dr. Newton, who treated Mongie for the tuberculosis from which she took several hard and painful years to recover. In a way these mad stories—note, for example, Harold’s bizarre diet—belie the various hardships that Mongie and indeed both the Pearson and Borthwick families endured during the Great Depression. At best, they were difficult years, but one can also see that Mum and her siblings gave Mongie great comfort, if not joy. Much earlier, Mongie contrived to deliver to the fairy circle that Mum discovered by the railway line at Raeshaw a series of enchanting letters from the fairies that were painstakingly written out on gum leaves. At around the time when Mongie had to go away to hospital, the fairies announced to Mum that they, too, would be going away for a while, but it took some years before she put two and two together. At eighty-two, Mum can still provide her children, grandchildren, and new great-granddaughter with occasional glimpses of that awestruck little girl, as well as the collaborative authoress of ridiculous radio dramas.

Love will find a way

A Novel of High Life

For use in Commercial Radio Stations

Cynthia leaped lightly out of bed and skipped to the window.

“Oh! Mama,” she shrilled, “the world is white with snow.”

She made a delightful picture of young womanhood as she stood there in her genuine Myrene Flannelette nightdress (only 1/11¾ per yard, and guaranteed non-inflammable).

“Yes, dear,” replied her mother, Lady Snodgrass, from the adjoining room. “Just right for your ski-ing expedition, or was it hunting?”

Cynthia, as you may have guessed, was one of those delightful out-door girls who have made Great and the Dominions what they are today. Her days were taken up with sport. Huntin’, shootin’, fishin’, ski-in’, hikin’, and in the evenings dancin’ or playin’ billiards.

Lady Snodgrass, who had entered the room gazed at her fondly. It was not many weeks now since Cynthia had been lackadaisical and wan, and her mother had been at a loss to account for it. At last she had ’phoned Dr. Newton and told him her troubles. He had promptly diagnosed the case.

“Night starvation, Lady Snodgrass,” he rasped. “Put her onto Ovaltine, and you will soon see a change.”

So onto Ovaltine—obtainable at all chemists and grocers—she had gone, and in no time she was radiant with health.

Many men had sought Cynthia’s hand in marriage, but none had touched her heart till the day met Harold Higginbotham out huntin’. From that moment Cynthia had known that her heart was no longer her own, that it belonged to another.

Tall, dark, and handsome, Harold was every inch a man-of-the-world. But strange to say, in spite of his obvious admiration for her, no words of love had ever passed Harold’s lips. Could it be that they were sealed?

However, the friendship grew apace, and the handsome pair were constantly to be seen together, either huntin’, fishin’, shootin’, or ski-in’.

It was riding home from a day with the hounds that affairs took a more personal turn. Cynthia, turning to Harold, said softly, “Mr. Higginbotham, forgive my boldness, but you have such lovely white teeth. How do you account for them?”

“Thank you,” whispered Cynthia. “And what is more,” she added boldly, “I shall tell all my friends.”

It was another day, returning from fishin’ that the friendship seemed to take a still more romantic turn. As Harold helped her over a stile, Cynthia turned to him and murmured timidly, “Mr. Higginbotham, do not think me very brazen, but I would so love to know to what you attribute your magnificent physique and glowing health?”

Harold gazed at his fair companion tenderly before he replied with a throb in his voice, “You shall know, Miss Snodgrass—Cynthia—I attribute my entire well-being to two facts. Firstly my diet. I partake almost entirely of Sanitarium Health Foods—peanut butter—marmite—whole-wheat bread, and raw onions. These are all obtainable at the Sanitarian Health Foods Depot, 146 Little Collins Street, City. Then if I should feel at all out of sorts on awakening I invariably take one of Carter’s invaluable little liver pills, in boxes of 6, 12, 24, and the family size containing 2,000. And secondly, Cynthia,” his manly voice dropped an octave, “I always wear Aertex next the skin.”

“Yes,” continued Harold, “Aertex enables the pores to breathe freely, and the skin to act as it should.”

Cynthia gazed at him, her heart in her eyes.

“Oh Harold,” she trebled, “how wonderful you are.”

And so, although no word was spoken, their love seemed to grow and blossom. Till one day as they were returning from a hikin’ expedition, Cynthia turned to Harold as he carried her across a rushing torrent.

“Harold,” she twittered in her innocent way. “You always look such a man-about-town. May I dare to ask you where you dress?

“Certainly, Cynthia,” he replied. “Usually in my bed-room, but sometimes I take my clothing to the bathroom…”

“Oh! Harold,” gushed Cynthia, flushing rosily. “That is not what I meant. I was merely inquiring where you obtained your suits for every occasion?” He gazed at her in consternation.

“How foolish of me,” he throbbed. “I mistook your meaning. I am delighted that you approve my dressing, and let me tell you that you must thank Wardrop my tailor for it. You would be amazed, Cynthia, at the value for money at Wardrop’s. Fifteen guinea suits elsewhere are only 84/– at Wardrop’s, and they have a delightful wool and cotton mixture sports coat with action back for only 12/11. Then their flannel and worsted pinstripe double-breasted office suiting is the last word in toney men’s wear. No-one who shops at Wardrop’s can look anything but manly. And do not forget,” added Harold, “that with every Wardrop suit there is an extra pair of trousers free.”

“Thank you, Harold,” whispered Cynthia softly. “I shall not forget.”

It was settled that Lady Snodgrass should give a dinner party to celebrate the conclusion of the huntin’ season. At last the great night arrived, and Mistletoe Manor was agleam with lights and alive with guests, and aglow with gaiety. Harold’s chief rival, Arthur Upcheek, was there looking very sinister, with his sleek black hair and a heavily waxed moustache. Harold himself was a figure of superb manhood in a Wardrop tail coat, while Cynthia was a delightful vision in pale violet tonings, kept glowingly warm by her Wolsley underwear with its soft texture, clinging and yet roomy.

Lady Snodgrass drew Harold to her side on the sofa for a chat, while they waited for Grimes the to announce dinner.

“What charming furnishings you have, Lady Snodgrass,” he said warmly.

“What is that, Lady Snodgrass?” said Harold with interest.

“Oh, you have not heard of Maple’s lay-by? £2 down, and the balance over fifty years, and your money back if no satisfaction? That wicker whatnot in the corner is already paid for, as are those lamps you see; and the couch or divan we are sharing has a collapsible back, and can be used as a bed when there are extra in the home.” Lady Snodgrass leaned towards Harold.

“Have you never thought of setting up house?” she murmured meaningly. His tanned face was flushed with red.

“You have given me food for thought,” he said.

“Dinner Milady!” boomed Grimes, and the sparkling conversation was transferred to the dining room.

Dinner was over, and the company had reassembled in the drawing-room when it happened. Cynthia suddenly turned to Harold who was at her side.

“I know just what you need, dear,” he breathed, and, turning to the guests, he thundered, “Has anyone present a box or bottle of Bex genuine A.P.C. for headaches and other disorders?” A glass of water was soon to hand, and Cynthia, dimpling at her lovers, swallowed down the highly recommended sedatives. Then—to the horror of all present—there was a heavy crash as she toppled to the ground…

The next hour passed in a flash as pandemonium broke loose. Dr. Newton was quickly on the spot with a nurse, and he shook his head as he felt Cynthia’s pulse.

“208 to the minute by my Gaunt’s wristwatch, only 37/6 in gunmetal, second hand 2/6 extra,” he said gravely. His diagnosis was an appalling one: “Poison,” he gritted. “Fortunately, I have with me my Dunlop rubber stomach pump, obtainable at all garages within a twelve mile radius of the G.P.O., except at the weekend. So all may yet be well.” He turned sternly to the butler, who was hovering in the rear. “Grimes,” he said, “see that no-one leaves the house.”

An hour later, thanks to her medico’s prompt action with the stomach pump, Cynthia was herself once more. Dr. Newton, assembling everyone in the hall, thundered, “Who is responsible for this folly?”

All eyes turned towards Harold, who drew himself to his full height of 6 foot 4½ in his Buck’s half-hose, 6 foot 5½ in his Doctor Arnold’s health-shoes.

“I am innocent,” he said gravely. Then, turning on his Dunlop rubber heel, he strode to where Arthur Upcheek was standing with his waxed moustache curled in a sneer, and said sternly: “Upcheek, I order you to produce that bottle of Bex A.P.C.”

“And what if I refuse,” rasped Arthur.

“Then I shall take it!” gritted Harold. And grasping his rival by the scruff of the neck he shook him until the bottle crashed to the ground. Darting forward, Dr. Newton picked up the bottle, opened it, and sniffed at the contents.

“Tainted Tablets!” he muttered, shuddering. With a dramatic gesture Arthur drew from his hip-pocket his Hartley’s Our Boy’s Scout Knife, and pulling out the corkscrew, made as though to plunge it in his breast. But his arms were grasped from behind by the ever-ready Grimes, and he was borne struggling from the hall. Cynthia fell into Harold’s open arms.

“My darling,” he breathed, “will you marry me?”

“Then meet me tomorrow night at 6.30 for dinner at the Prince of Wales, St. Kilda, where a splendid four-course meal is obtainable for only 2/6, including soup, fish, joint, and two veg., with sweet or fruit to follow.”

“Oh Harold,” gushed Cynthia, “I shall be there.”

And so it came about, thanks to Maple’s lay-by, that Harold and Cynthia were wed, and lived happily ever after in the rich but “homey” atmosphere of their charming villa. And as they sat amid their tasteful furnishings in the evenings, Harold would often turn to Cynthia and say fondly, “Remember, dear, there’s a Maple’s Store right near your door.”

Posted by Angus Trumble at 1:08 PM