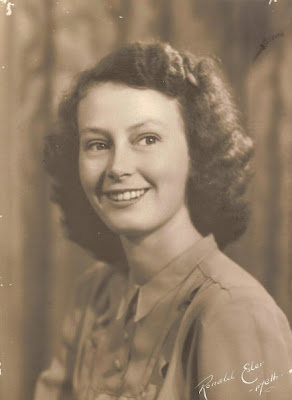 I have the most vivid early childhood recollection of Mum holding me in her arms, standing in the old kitchen at 18, Denham Place, rocking back and forth, and singing me this much of the old negro lullaby “My curly-headed Baby,” which was covered by Paul Robeson in the late 1940s, when the Victor Gramophone Company described it as an old “plantation song”:

Curiously, it was also covered by the soprano Elsa Stenning, “The Australian Nightingale,” who, with cut-glass diction, achieved success at Covent Garden considerably earlier, in the 1930s.

Maybe this is the version Mum knew, because although Paul Robeson pronounced those “lulas” as lulla (rhymes with duller), which is logical, Mum definitely followed the pretty scarifying old Elsa Stenning rendition, which you can now see in a British Pathe “Pathetone” newsreel. Mum, too, pronounced them as lula (as in cooler).


I’m not sure what it is about soothing lullabies, but I have no recollection of ever being other than in floods of hot tears when Mum sang me this song, although—cart before the horse—I suppose it may well have been the floods of tears that compelled Mum to sing it in the first place. Nor do I remember her singing any other song, apart from Coo-ee!

Even at that early age, I cannot have been much older than three or four, the lyrics sent me into a panic, because I recall being very anxious about what on earth you would do with something as big as the moon, even if you could play with it, and I most certainly didn’t want to run away—stars or no stars.