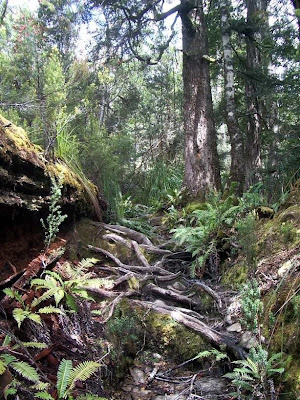 At this time of year I get very sentimental about the Australian bush, not so much because I have ever thrown myself headlong into the thick of it, but because a little goes a long way, and amid the snow and ice of New England I hear those unique noises, the indigenous birdsong, and I smell those rich sweet smells of wattle, and eucalyptus, and fibrous lumps of wombat dung, which everyone should know is square, distinctly square, and I visualize all the other Australian fauna—the dependable echidna, the comical emu, the furry koala in his tree, and the kangaroos.

Above all, I think of the lofty gum forests, and the shapely mountains of the Great Dividing Range in . Once or twice, years ago, I drove up to from , choosing to go via Metung.

From there you follow the Princes’ Highway east—a small prize to anyone who can correctly identify the princes, I can—through Lakes Entrance, and on through wilder country to the pretty town of , on the left bank of what remains of the once-mighty , and thence to .

There you turn left, leave the Highway, and drive north into the heart of hillbilly high country: Norinbee, Norinbee North, ’s Creek, Buldah, and over the top into .

Paddy’s Flat comes next, then Bombala, Cooma, Bumbalong, and finally, approaching from the south side, the Australian Capital Territory, which if there weren’t a big sign announcing it, you would never notice until suddenly you cross a rise, and almost run straight into the back of Parliament House, Canberra.

The last time I drove to Canberra was in early January 2003, when I took Mum up for a few days, and, following the coastal route, through Genoa, Eden, Merimbula, and Bega—Better Buy Bega—Bermagui, Moruya, to Bateman’s Bay, we turned west, and approached Canberra via Braidwood, Bungendore, and Queanbeyan.

It was the day of the colossal Canberra bushfires, and although we stopped regularly to check with the local emergency services, and the police, to see about any road closures, it was quite obvious by the time we reached Quaenbeyan that we were driving right into the teeth of the fires, and the sky over Canberra was slate grey, and thick with smoke.

Why I didn’t turn around and drive as fast as possible in the opposite direction, I shall never know, because all of us had seen at first hand the devastation and, indeed, peril, of a mighty forest fire when on Ash Wednesday, 1983, Mum and Dad’s little farm at Upper Beaconsfield was almost completely obliterated.

Notwithstanding the sizeable flakes of ash that were raining down over Braidwood, we pressed ahead through thick smoke, and, as it turned out, the Brassey Hotel in Barton was, weirdly, still open for business, as if nothing were happening.

Ultimately the fires never got past Red Hill, but I cannot imagine why anyone could have felt confident about that.

At length, we checked in, washed, changed, had a drink in the lobby, and afterwards dined at the restaurant in the National Portrait Gallery’s snappy new pavilion on the . 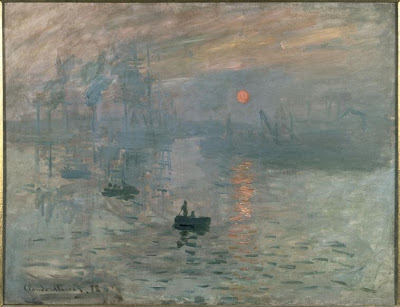 It was there that I caught sight of the pale, apricot-colored sun, doing its best to penetrate the blanket of smoke over the lake, which was calm, and realized that the effect was so nearly identical to that of Claude Monet’s defining Impression, soleil levant (Musée Marmottan Monet, Paris) that one should assume that what the great man saw in 1872–73 was the comparable product of sooty coal fires and industrial pollution enshrouding the port of Le Havre.

Talk about the pioneering spirit, though I suppose it might have turned out very differently.

On that visit, I stayed on in , spending four happy months as a Harold White Fellow at the National Library, and Mum flew home.

During that time I shared a small house in Ainslie with dear Erica Seccombe, and Robyn Van Dyk. Nat Williams lent me his lovely old green Peugeot, and each morning when I turned out of the drive into Duffy Street, a small but plucky mob of grey kangaroos hopped along beside the car. 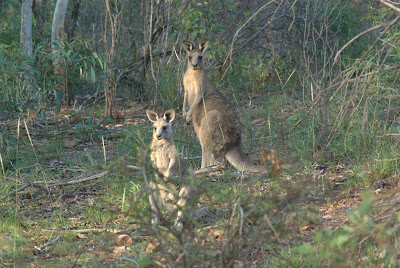 Melburnians spend some energy dispelling for the benefit of foreign visitors this myth of the Australian suburbs, but ironically, on the eve of my departure for the I found to my astonishment that it could actually be true. Here they are, just up the hill, hard by Duffy Street, Ainslie.