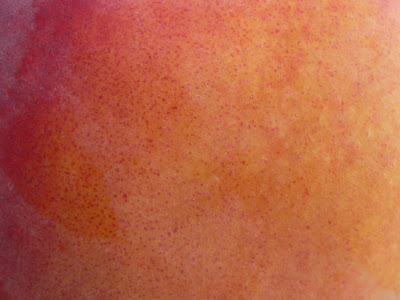 Last night I had a curious dream about Uncle John, which took in the ghost of a recollection he once shared with me in Adelaide. Uncle John was an inveterate window-shopper. Some time in the mid-1970s, at the height of the oil crisis and in the pit of England’s cold-war malaise, he was immensely tickled by a summer display mounted behind one of the windows of Fortnum and Mason, presumably on the Piccadilly side. The window was exquisitely framed with brocade draperies held in place by silk rope, and bordered with a fringe of tassles. The commodious compartment within was lined, carpeted, and enclosed with panels of biscuit-colored suède. In the center, from an elaborate base rose a marbled half-column supporting, at eye level, a large, plump cushion of red velvet, on which someone had placed… a peach. To some extent this crazy contrivance says all that need be said about Fortnum’s, but, as I now remember remarking to Uncle John at the time, wasn’t there also a glimmer of wit and interpretative sunshine in evidence on that far-off, inevitably dull summer’s day in Piccadilly, at least in the mind of at least one, probably more of Fortnum’s apparently wistful London window-dressers? For, among all the fruits of the world, is there anything lovelier or more seductive than a perfectly ripe peach? Some may argue for the simplicity of the orange, the intensity of the cherry, or the fragrance of the strawberry, but for the sheer magnitude of sensual experience, heightened by the long period between seasons, what competes with the peach? Really? Leaving aside the invidious choices to be made between hesperidia, cucurbitaceae, and drupes—I am a drupe man—and, thence, between apricots, nectarines, mangoes, plums, and peaches, I find there is simply no adequate counter-argument. To me the peach is the queen, the Koh-i-noor, the Cotopaxi, the Angkor Wat, the Bach unaccompanied cello suites of fruit. In the dream, my brother Nick gave me a peach, and, led by Uncle John, the assembled staff of the Alice Springs Regional Base Hospital broke into loud and hearty applause.

Posted by Angus Trumble at 1:19 PM