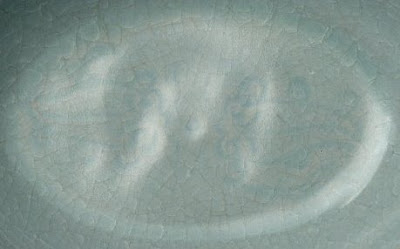 Not wishing for a moment in any way to diminish the fine work of the Sir Joseph Hotung Centre for Ceramic Studies at the British Museum—because their new galleries are truly breathtaking—I have noticed another bothersome instance of sloppy curatorial language that is beginning to crop up rather more often than it should, along the lines of that irritating “would have been” formulation I mentioned a little while ago.

In connection with an item of Ru ware of the Northern Song dynasty, for instance, which many connoisseurs regard as one of the absolute pinnacles of Chinese ceramic art, the author of the pertinent catalogue entry states that certain qualities of shape and decoration “make it incredibly rare even within this exceptional group.”

Rarity is a strange bird, and difficult to quantify without getting bogged, but in this, as in several other stray cases of “incredibly this” and “incredibly that,” the semantic point is that, in whichever context, the object in question is exceedingly rare, and the point of saying so is therefore to make it amply clear that this fact is, or ought to be, entirely credible.

Indeed, there are occasions when “incredible rarity” may justify careful investigation lest this very quality give rise to anxieties about the authenticity of the object so described. It is among the most useful alarm bells in the mind of the curator that fakes and forgeries may from time to time strike us as being simply too good to be true. And among the commonest reasons why forgers get busy in the first place is to take full advantage of the excitement arising from the “discovery” of an object of superabundant rarity. In the circumstances widespread credulity is their greatest asset, and our greatest hazard—especially when we allow the discrete questions of quality (on one hand) and rarity (on the other) to get thoroughly mixed up.

As far as I am aware there is no question of this sort hanging over the exquisite oval Henan brush washer (above), with its pale green, exquisitely “crackled” glaze, characteristic of Ru ware, and while those delicately incised fish motifs in the clay underneath make it indeed an object of great rarity, the expression “incredibly rare” will not do, any more than in prose we may invoke “hens’ teeth,” or any other form of hyperbole. Incredible does not even function as a viable contranym, although nowadays there are plenty of people who seem to feel that it does.