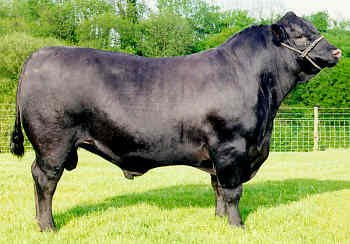 One of the trying aspects of living in America for the time being is that when local persons learn that my Christian name is Angus, they regularly respond with “Angus, you mean like the beef? Ha, ha, ha…” The reference, here, is to the Black or Aberdeen Angus breed of hornless cattle, which was developed through the first half of the nineteenth century from beasts native to the Scottish highland counties of Aberdeenshire and Angus, and successfuly transplanted thence to the New World. Touching though it is when people laugh so heartily at their own jokes, this form of crude free association is not usually applied to me at home in the Commonwealth of Australia, where Angus cattle are also plentiful. Nor does it ever crop up on my frequent visits to the United Kingdom of Great Britain and Northern Ireland. Further, I have noticed that a good number of other American persons, to whom the Christian name of Angus is entirely unknown, assume that what I want to say is “Agnes,” and respond accordingly—and, if we are on the telephone, sprinkle our conversation thereafter with the respectful “Ma’am.” Being a man of the world, and entirely comfortable with gender issues, I really don’t mind this at all, and am careful only to correct the culprits if I sense that to allow their confusion to continue beyond a certain point might cause them discomfiture, awkwardness, or embarrassment. Moreover, I am quite used to it, because for years and years at Melbourne Grammar School entrenched bullies such as the appalling Simon Cameron made a habit of addressing me as Agnes, confident in their belief that this would cause me pain. They were quite wrong, because the beatings were far, far worse—and I have always been most fortunate in having what used to be called “bottom,” in other words a good deal of psychological ballast, much of it inherited. Anyhow, the delightful Agnes is not nearly so bad as what the spell-check portion of a now thankfully obsolete version of the Microsoft Word program used to suggest to my colleagues on the staff of the Art Gallery of South Australia in Adelaide, viz. that, wherever it appeared, my full name should be altered to “Anus Tremble.”’ Let us assume that my tactfully worded letter of protest to Mr. Bill Gates went astray, or was more probably forwarded to their attorneys for filing and/or future reference.
Posted by Angus Trumble at 9:02 AM