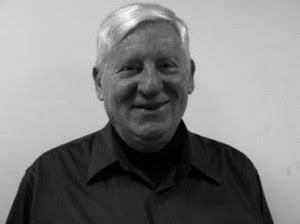 One of the most troublesome aspects of living on the other side of the world is that occasionally the news of certain deaths takes a while to catch up with you. Such has been the case with Professor Emeritus the Reverend Peter Steele, S.J., who died at 6.10 p.m. on Wednesday, June 27 last, at Caritas Christi Hospice, Kew, aged 72 years—far, far too young, and surely with much wisdom, poetry, and exquisite prose still left to flow.

It was one of the greatest strokes of good fortune that my undergraduate career at the University of Melbourne took me along to Peter’s wonderful lectures on Swift in my first year, 1982, and that he later became a good friend to my brother Simon’s family. Morag Fraser’s tribute in Eureka Street is a moving and a fitting one, as is Father Gerald O’Collins’s in The Age, but my fondest memory of Peter is as the celebrant at the wedding in Newman College Chapel of my niece Sophie and her husband Paul Liondas, just a few years ago. Peter’s homilies were at times as abstract and even as challenging as his verses, but always hugely stimulating. For example, I have never stopped wondering what Peter meant when he once recalled someone saying that poetry has “and-and-and” meanings—there have even been occasions when I have tossed and turned at night experimenting with alternatives, such as “and-or-but” or “and-yet-not” meanings, in an effort to grasp his point. Therein, I suppose, lies Peter’s rare distinction as a teacher. So often one remembered the things he said, and even more the wonderful things he was inspired to write, and the elegant way in which he wrote them.

I saw Peter again when he was visiting professor of English literature at Fordham University, not so far away, and most recently over an extremely pleasant and convivial lunch with Patrick McCaughey and Claude Rawson (I think) at Zinc, here in New Haven, Connecticut. Peter once wrote a most generous review of A Brief History of the Smile, and a gentle but well-deserved rebuke near the end of that piece affected me deeply at the time, and, as I hope he knows by now, produced the necessary results. I have no idea what he really thought about the Church of England—but I trust he had as soft a spot for it as he had for Dean Swift, or at least as soft as his beloved Society of Jesus permitted:

Woven through the whole, too, is a philosopher’s attention to whatever is come across. Trumble’s last chapter begins with the words, “One of the greatest and enduring achievements of the Enlightenment in Europe was to uphold the right to what the historian Roy Porter calls ‘the pursuit of temporal happiness as the summon bonum.’ How fortunate we are to have inherited this noble idea; how few of us recognize its value and take advantage of it when in so many other places it is denied to so many.” Even those disposed to take issue with that version of the greatest good may be sobered, and moved, by Trumble’s reflection.

Thank you, Peter. Not so long ago, with perfect candor, Peter said that he was not particularly looking forward to death, but that since he certainly believed in the existence of Heaven he was certain that what began with bad news would end with good. This would be my fervent prayer for Peter, along with an expression of hearty thanks that I should ever have been lucky enough to cross paths, however briefly or intermittently, with that towering intellect: that good and holy priest.
Posted by Angus Trumble at 2:37 PM