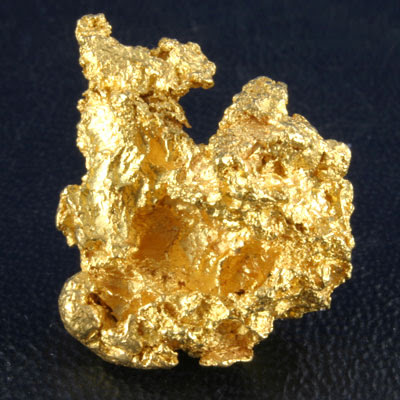 In connection with my increasingly absorbing work on gold, specifically the gold pouring out of Central Victoria and into the Royal Mint Refinery, leased in 1852 to the firm of N. M. Rothschild and Sons, New Court, St. Swithin’s Lane, yesterday I came across a copy of the relevant portion of the catalogue of the Victorian display at the Philadelphia International Exhibition of 1876. What caught my eye was the section listing a display of facsimiles of no fewer than 24 gold nuggets, some of them enormous, that were unearthed in Victoria between 1858 and 1875, a valuable reminder that discoveries of huge quantities of gold continued steadily and in many respects simply accelerated for a period of two decades after the initial rush that commenced in July and August 1851.

Of the 24 surrogates in Philadelphia, twenty stood for gold nuggets that originally weighed 30 oz. or more; eleven 100 oz. or more; and three more than a staggering 884 oz. The largest discovery was that of the amazing 2,283-ounce, 6-pennyweight and 9-grain “Welcome Stranger” nugget, measuring approximately 24 by 12 inches, which was discovered at a depth of only one and a half inches beneath the surface about nine miles away from Dunolly, on February 5, 1869, still the largest gold nugget ever found. No scales were large or strong enough to weigh the whole thing, so a local blacksmith had to break it into three separate pieces on his anvil. Alas it no longer exists, except in facsimile.

Of the 24 nuggets, eight were recovered at depths beneath the surface of 10 feet or less; fourteen deeper than 10, of which ten were found at depths of 100 feet or more. This simply reflects the development of more ambitious mining techniques than those practiced by the earliest licensed diggers. Of these ten, the deepest (307 feet) was the 77-ounce “Lothair” nugget found in 1875 at Clunes.

Bear in mind that all but three of these nuggets were discovered long after 25.2 million ounces (787 tons) of gold had already been shipped from Melbourne to London in the ten years between 1851 and 1861. Official records indicate that over 1,300 nuggets weighing 20 ounces or more were found on the goldfields of Victoria. Of these, 400 weighed more than 100 ounces. An Eldorado indeed, and, together with new discoveries in South Africa towards the end of the nineteenth century, enough to anchor, indeed define the value of the pound sterling until the abandonment of the gold standard in 1933.

It has lately been estimated that the entire quantity of gold removed from the soil of all five continents throughout the history of mining and money ought to fill a cube whose sides measure the length of a cricket pitch (22 yards), in other words a fraction more than 496 million cubic inches, considerably more than 52.8 million troy ounces, which according to my calculation adds up to a little more than $83.4 billion at today’s still comparatively inflated price of $1,580 per ounce. 90% of that has been mined since the establishment of Johannesburg. That 10% of the earlier global stock of gold bullion was through the long nineteenth century more than enough (with silver) to support most of the value of global currencies, and a good proportion of the whole economy. Interestingly, what has not changed in more than 100 years is the general global pattern of consumption of gold. Gold has always flowed in huge quantities into India (just as silver has long flowed into China), in return for everything else: gemstones, tea, coffee, spices, cotton, jute, yarns, silks, grain, etc. And India still remains the hungriest market for gold. In 2010 the total consumer demand of 963.1 tonnes (roughly 3 million troy ounces) represented a growth of 66% relative to 2009, largely driven by the cheap jewellery trade. This was worth approximately $38 billion, far more than the relative value of the corresponding bullion.
Posted by Angus Trumble at 10:54 AM