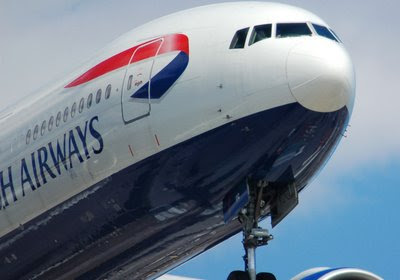 Lately, and for the second time in as many months, I struck the following problem when trying to check in at Heathrow, Terminal 5. Arriving there a good two and a half hours before the time of departure—this has been my practice for as long as I can remember—I found on both occasions that the flight for which I held a valid e-ticket was over-sold, and the BA person explained that purely because I had not checked in on-line (up to 24 hours before the time of departure) I was technically “late,” and would need to stand by until the flight closed before they could ascertain whether there would be room for me to go ahead and fly as planned. I expressed surprise at this false allegation of lateness, and asked whether the airline now positively required we passengers to go to the trouble to perform this inconvenient, time-consuming maneuver for the airline’s benefit, either using their extremely unreliable website, or cluttering our i-Phones with an otherwise unnecessary and probably unwanted app with which carry out the same process. His answer seemed to indicate that BA made no such requirement—yet—but that the passenger who nevertheless chose not to check in in advance ran the risk of being delayed (or bumped) for not having registered in this way their firm intention to travel, or, in other words, not to be a “no-show.” The BA person further suggested that one reason for the habitual over-selling was that bookings are often made on particular flights but never actually paid for, which partly explains why their computer ends up presuming that more seats are occupied than is actually the case. Building a head of steam, and partly fueled by rising irritation, I questioned this too, because in forty years of air travel I have never made a booking on any flight (using a travel agent or acting on my own) that was able to be held without payment for more than twenty-four hours at the very outside, so clearly if what he said was true then there is a curious double-standard in the booking system that appears to favor the airline over the defenseless passenger. There is also their deeply unsatisfactory resort to some algorithm relating to the crowdedness or otherwise of flights from LHR to JFK at such-and-such a time on previous July 7ths, and/or the number of “no-shows” on those flights which allows the airline to make a form of wager to insure that the plane will end up as nearly full as possible. In the end I counted up the number of empty seats. 6 on the first occasion, and 8 last week. So the system doesn’t work all that well, does it? Both times I managed to board my flight, but with no time to spare, and a nasty rush at the last minute from the check-in desk to the B- or C-gates by crowded underground train. There must be some way to avoid being so publicly dressed down by an elderly British Airways official, and to avoid wasting half an hour on the internet on your last precious day in London. However, I suppose resistance is entirely futile. Incidentally, someone is making a good profit on the stingy £3 coffee vouchers that they give you to redeem at Costa Coffee while you wait to be granted the right to use your own ticket, because when inevitably you spend a good deal less than £3 they simply pocket the change. Depressing.
Posted by Angus Trumble at 4:33 PM