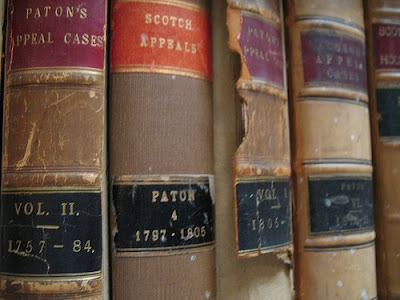 Ever since great-grandfather J. W. Trumble established his first legal practice at Nhill in the Wimmera, successive generations of Trumble descendants have practiced law in Victoria and elsewhere, and show no sign of letting up. However, there does seem to be some curious predisposition on the part of minor novelists to cast in the role of barrister and solicitor fictional persons who happen to be called Trumble.

As far as I can see, there is no evidence to suggest that Trumble and Palmer; Trumble and Hamilton; Mallesons, nor indeed latterly Donaldson Trumble Lawyers in Melbourne ever offered themselves as direct models for those few fictional Trumble legal practitioners whom I have painstakingly unearthed thus far, but certain resonances in the name certainly seem to be unequivocally “legal.”

It is possible that the influence of our kinsman Jonathan Trumble, sometime Governor of Connecticut (1769 to 1784), may have been a factor, although his rash and inexplicable change of spelling (well before the Declaration of Independence, to “Trumbull”) makes this seem rather unlikely. Nor were he or his son and namesake (the American soldier, patriot, professional artist, and second Speaker of the United States House of Representatives) qualified attorneys.

In a long article entitled “Murder of Late” in The Saturday Review (February 2, 1929, p. 137), H. C. Harwood offered a stern critique of Superintendent Wilson’s Holiday, an anthology of short stories by G. D. H. Cole and M. Cole (London: Collins, 1900), as failing to satisfy certain basic rules of detective fiction. These may be summarized as follows:

A crime, almost always murder, is committed in an early chapter. Suspicion rests on several persons. The chief investigator makes known the facts (or a great majority of them), but conceals his opinions. In the end the identity of the criminal comes as a surprise to the reader. Now, the criminal must have both motive and opportunity. To divert the reader’s attention it is necessary (a) to ascribe to some one or more persons a greater motive or opportunity, (b) to conceal the criminal’s motive, (c) to conceal the criminal’s opportunity, or (d) to conceal the criminal’s identity. The success of the author is to be estimated by the extent to which he does one or more of these four things without refusing to the reader information available to the chief investigator. That is all that matters. Wit, humour, elegance, sensationalism may make a good detective story better, but cannot make a weak one good.

The Coles are amusing but slight; the short story is not their medium. “‘That,’ Wilson added to Kingdon, ‘I discovered from a paper in the possession of Hirst and Trumble, and it was that which put me on the true trail.’” In other words, an essential piece of evidence has been kept from the reader but given to the detective and that will not do. The same vicious reticence recurs in other of the stories; where it does not, the culprit is obvious.

Posted by Angus Trumble at 2:10 PM