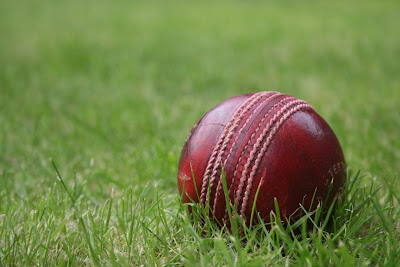 Several months after he wrote to the editor of The Times about the current state of wickets, on October 16, 1926 (p. 6), our great-grandfather J. W. Trumble submitted further unsolicited thoughts, restating almost in its entirety, but with embellishments, his earlier line on binding clays, and the heavy roller. No doubt the sub-editorial decision to publish it was borne by widespread enthusiasm for the game of cricket, but, in his slightly dogged way, J. W. Trumble manages to come across as interfering, certainly, but slightly bossy also. Nor was this to be his last word on the matter:

TO THE EDITOR OF THE TIMES.

Sir,—May I before returning to Australia, avail myself of the medium of your paper to supplement my remarks in my previous letter on the subject of cricket reform? I would like also to say that I am pleased to learn, on the announcement of Lord Harris, that the Advisory Committee of the M.C.C. is now giving attention to this matter. There is no doubt that the conditions in which the game is now played unduly favour the batsman as against the bowler, and as a consequence rob the game to a great extent of that attractiveness which was formerly its great charm. Only those of us who had experience of first-class cricket some 40 or 50 years ago and have since kept in touch with the game can fully appreciate this. We know that the groundsman now holds sway over the game, and that he has been encouraged by cricket committees in recent years, largely for financial reasons, to secure a wicket which, mainly by the introduction of binding soils and the use of the heavy roller, is little short of the condition of concrete.

As regards the composition of turf, I may here say that it is possible for the soil expert to produce almost any class of turf, and as indicative of this it may be of interest if I say something of the M.C.C. (Australia) wicket, and its preparation for Test Match play. A short time ago the groundsman, at my request, broke open the ground at the wicket, and went down to a depth of over one foot, and, as I suspected from its non-draining condition, I found the soil all the way down similar to what it was on the surface. This represented an accumulation of heavy black clay top dressing which had been put on yearly over a period of about 40 years. In preparing our wicket, after nursing it for some time, the groundsman, for about 12 days before play, proceeds with its more immediate preparation. He then floods the area, and, when the flooding gradually soaks in, leaving the surface of the consistency of putty, he knows he has the required moisture content to carry the wicket through the period of play, however long that may be. The surface is then worked up daily by the heavy roller, until at last it becomes of the hardness of a marble slab. After the cutter has done its work, an expert scytheman takes off most of what remains of the grass, and the heavy roller grinds out the substance of what is left. The final rolling puts a polished face on the wicket, preventing the spin ball from getting a grip of the ground, and the surface of the wicket assumes a coconut matting appearance.

Can one picture a more absurd representation of a turf wicket than this? It might be just as sensible to cut out all this toil of preparation and put down a permanent concrete bed. In the matter of spin on this class of wicket I might instance the bowling of [Bill] Howell, one of the greatest of Australian medium-pace spin bowlers. The condition of the wicket often beat him in the early stages of a game, but so accurate was his bowling that in time he wore off a patch of the polished face and then succeeded in getting on terms with the batsmen. I question, however, whether on the wickets as now prepared it would be possible for a medium-pace bowler to get in on our wickets as Howell did, even at a later stage of play.

This all goes to show to what lengths groundsmen can get in the preparation of present-day wickets. The position in Australia is rapidly becoming farcical, and should have immediate attention. You are interested in this country because you are concerned in Test cricket over there. The first move, however, should be made here. I have given to Sir John Russell, Director of Rothamsted Experimental Station, samples of the Melbourne and Adelaide wickets. He was much surprised that their appearance, and a member of his staff suggested that they resembled a substance with commercial possibilities unearthed in Scotland from which oil was extracted.

It is contended that the ball now used is to a large extent responsible for the non-success of our bowlers. While admitting that bowlers are to some extent handicapped by this ball, I cannot agree that the return to the smaller ball will improve matters very much. The wicket will still beat the bowler. One has only to bring to mind the great medium-pace bowlers of the past, and look for their class now, to realize the change, gradual though it has been, that has come over the game.

Assuredly the secret of what is wrong with cricket lies in the wicket. Let us discard the binding soils and the heavy roller and get back to the old-time natural springy turf, and with batsman and bowler on equal terms matches will end in a reasonable time, and, instead of being tests of patience and endurance, they will bring out those qualities of initiative and resource and the ability to rise superior to surroundings which so characterized the play of many of our great cricketers of the past.