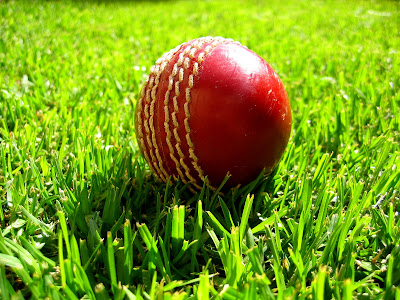 Our great-grandfather, J. W. Trumble, was an inveterate writer of letters to the editor of The Times newspaper, invariably about pressing matters relating to Test Cricket. For many years he enjoyed the status of a sort of Senior Statesman of Cricket, having himself played for Australia in 1888, although his younger brother Hugh was the more successful, indeed legendary player. Whilst on a golfing holiday at the Ugadale Arms Hotel at Machrihanish, near Campbeltown in Argyllshire, Scotland, on July 30, 1926 (p. 15), for example, J. W. Trumble wrote the following measured, if somewhat leaden critique of the then state of test wickets.
FOUR STUMPS OR FOUR DAYS?
TO THE EDITOR OF THE TIMES.
Sir:—The necessity for some improvement in the conditions of Test Match cricket as now played is apparent to most followers of the game. The bat on present-day good wickets has got the better of the ball and huge scores and unfinished games (except in Australia, where matches are played out) are the order of the day. Why is this? In the old days there were no huge scores and bowlers could hold their own with batsmen and there was no trouble about the three days limit for matches. Is it that batsmen to-day are superior to the batsmen of the early Test Match periods? I think not. I am sure the great bats of the past would have had a very rosy time of it on present-day wickets. Present-day bowlers are not so formidable, but that, in my opinion, is mainly because wickets as now prepared beat them. Formerly the bowler could get turn on the ball because the ball with spin would grip the turf and take the break. Now, because of the smooth and polished face on the present-day wicket, secured by the heavy roller working on the firmed up soil, the ball cannot grip the turf. It simply slips on and becomes an easy ball for the batsman to negotiate. I hold then that the present-day compacted wicket (the product of binding top dressing and the heavy roller) us responsible for the unsatisfactory condition into which the game has fallen.

The position in Australia is worse than it is here. There the glossy-faced, grassless and concretelike wickets render the bowlers’ task almost hopeless. And it is not to be wondered at that Test Matches in Australia take a week or more to complete! In my time, when cricket was played on the wickets as then formed and prepared, three days sufficed for a match. It was even difficult sometimes to get wickets to hold for three days, and in some of the earlier Australian inter-State contests two wickets were prepared for and played on in the one match. Play then was bright, full of incident, and always interesting. Now it is generally otherwise. In view of this it is obvious something should be done to shorten play and to make the game more attractive for the cricketing public. To this end many suggestions for amendment of the rules in aid of the bowler have been made. The drawback, however, to the adoption of any of these suggestions is that sometimes the bowler would require this aid, and sometimes he would not, accordingly as the wicket was good or bad.

I hold the proper thing to do would be to tackle what I consider the cause of the trouble—the wicket—and bring it back to what it was in the old days—namely, a piece of genuine, natural springy turf. To do this we would have to cut out the binding clays and chalky soils, come down to the lighter roller, and shorten the time occupied in preparation of the wicket. In Australia Test Match wickets, after a preliminary nursing, have at least 12 days’ continuous preparation prior to play. They then become practically polished concrete blocks. I am satisfied if we got back to the old-time natural turf wicket the present-day defects in the game would disappear. The bowler would again be as formidable as he used to be, scoring would be restricted, and matches would finish in reasonable time. Trusting my views may be worthy of some consideration,

In spite of this cri de coeur from a knowledgeable veteran of the game, test wickets remained essentially unaltered, and, compounded by Don Bradman’s astonishing performance four years later in the 1930 ashes series, the problem facing English bowlers ultimately resulted in the adoption of lethal “fast leg theory” tactics, or Bodyline. It is a melancholy fact that sage, non-professional, non-legal advice proffered by Trumbles of successive generations is rarely, if ever, followed.
Posted by Angus Trumble at 8:36 AM