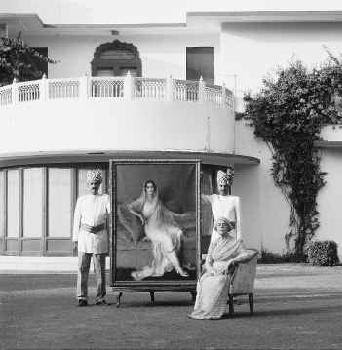 It may seem slightly odd for me, a forty-four year-old Australian expatriate currently residing in New Haven, Conn., to go into deep mourning for Her late Highness Maharani Shri Ayesha Gayatri Devi Sahiba, Maharani of Jaipur, known since her husband’s death in 1970 as “Rajmata,” or Queen Mother, but my reasons are several. First, the lady, a celebrated beauty, won what is still widely regarded as the biggest landslide ever achieved by any candidate in a modern democratic election. This was in 1962, when she stood for the constituency of Lok Sabha and won 192,909 votes out of the 246,516 cast. Not bad; a singular result, moreover, which President John F. Kennedy described at the time as “staggering.” Second, for sheer splendor the Rajmata’s jewels, particularly the Jaipur diamonds, blow most others—with the possible exception of the nine principal cleavings of the monstrous Cullinan—out of the water. She went to secretarial college in London, learned to type and take shorthand, and later set up a modern school for girls, and in quiet retirement kept a watchful eye on it. During the Emergency Mrs. Gandhi threw the Maharani in gaol for a while (on trumped up charges of tax evasion—in connection with “undeclared” jewels), then let her out again. And, finally, the lady is said to have shot her first panther at the age of twelve, whilst still a princess of Cooch Behar. Not perhaps an attainment one shouts from the rooftops of one’s summer palace in these environmentally sensitive days, but nevertheless a note of sheer flamboyance that is not likely to be surpassed any time soon. Here she is, posing with a portrait of her mother, the Maharani Indira Devi of Cooch Behar (a daughter of H.H. Sayajirao Gaekwad III, Maharaja of Baroda, the shells of whose pet turtles were apparently studded with emeralds). I gather the lawn is still clipped by hand, for smoothness and consistency. In a way, the Royal Family of Jaipur makes most others look like they belong in Cold Comfort Farm.
Posted by Angus Trumble at 11:58 AM