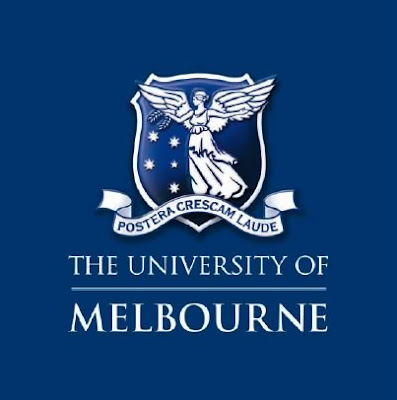 Somewhat satisfactorily, the problem of “postera crescam laude” was already knotty in the second or third century, when in his Commentum in Horatium, the North African grammarian and editor Pomponius Porphyrio tagged it with the explanatory remark: “Eleganter, quia semper sunt, quibus haec elocutio noua sit et laudetur.” Thanks to a timely intervention by my Yale colleagues Tristan Taylor and John Dillon, this gloss may now be translated as “Elegantly [put], because there are always those [people] to whom this statement is new, and by whom it is praised,” which doubles as a perfect rationale for whoever it was at the fledgling University of Melbourne who in 1854 came up with the bright idea of adopting the motto “postera crescam laude” in the first place. I hope it was Judge Redmond Barry, veteran horse-whipper and sometime defense counsel for my great-great grandfather William Pearson (who, notwithstanding his conviction for assaulting his catholic neighbor Mr. Desailly, following a steeplechase at Green Wattle Hill in which both men rode fiercely, went on to become a member for Gippsland in both houses of the Victorian Parliament). In any case, John goes on to say that the best literal translation of postera crescam laude (taking into account the recens which follows laude) would appear to be: “I will continue to grow in fame hereafter, ever new.” For his help with this, and for much else besides, I am most grateful.

Posted by Angus Trumble at 7:53 AM