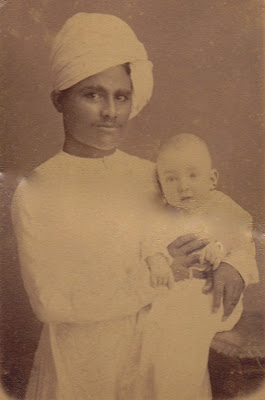 This is our first cousin twice removed, Thornton Borthwick Macklin, who lies buried with his grandparents, our common ancestors, at Melrose in the Scottish borders, roughly half way between Edinburgh and Alnwick in Northumberland. Thor’s mother and our great-grandfather Borthwick were sister and brother. As much of his story as I know is set out in the long inscription on their splendid headstone, and for understandable reasons Aunt Jean, who throughout her life kept in touch with the Macklin family in England, held onto this charming carte de visite photograph. The inscription does not mention the Indian dhaye or bearer, so we shall almost certainly never know his name. Chaziabad, now known as Ghaziabad, is in the modern state of Uttar Pradesh, approximately twelve miles north-east of New Delhi.