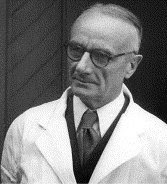 Leonard Bell Cox, neurologist and art collector, was born on August 29, 1894, at Prahran.

He was the fifth child of the Rev. Edward Thomas Cox (1852–1930) and his English wife Isabella, née (1850–1938). Edward Cox was a Church of England clergyman who, for reasons that are still as unclear as they are regrettable, eventually defected to Methodism.

Following a brief residency at the , on May 3, 1917, he was commissioned captain, Australian Army Medical Corps, Australian Imperial Force. From October 1917 he served on the Western Front, mainly at headquarters, 5th Divisional Engineers, until April 1919 when he took leave in .

Admitted that year as a member of the Royal College of Physicians in , Cox returned to where his A.I.F. appointment terminated on December 20, 1919. He took up a position as Beaney scholar in pathology at the university, but illness caused him to retire temporarily and he convalesced at a cottage which his father had built at .

Struggling to establish a consultant practice in neurology, Cox supplemented his income by working as an anesthetist. At the same time he pursued his interests in neuro-pathology and research.

From 1932–51 he was honorary part-time lecturer in neurological pathology at the university and in 1937 Stewart lecturer.

As honorary neurologist to the (1934–55), he persuaded its authorities to permit the formation of the first department of neurology in and by 1936 had encouraged his brother-in-law, my great uncle, Hugh Compson Trumble, to devote his surgical skills to neurosurgery.

Their pioneering professional and intellectual partnership was the first of its kind in .

Throughout his years at the , at the Baker Medical Research Institute, and at the university, Cox made important contributions to neurological literature.

His lectures in the medical faculty were fully attended and students received a synopsis of each lecture. He was a superb teacher who had the gift of perceiving the problem from the history, and his examination of the patient went straight to the point.

To Cox, the basis of clinical medicine came from an understanding of pathology and anatomy.

In World War II he was a part-time neurologist with the Royal Australian Air Force and rose to acting wing commander. The initiator and one of eight founding members of the Australian Association of Neurologists, he was its foundation president (1950–62).

Early in life Cox had become an art collector.

He made his first purchase — a Battersea enamel box bought on a sudden impulse from a second-hand dealer — in 1917 while he was stationed on the Salisbury Plain in Wiltshire.

A fellow officer, a collector of Chinese art, encouraged him to view the Oriental antiquities in the . Cox continued to collect discriminatingly in after the war. During this period he studied his subject in depth, and started learning Chinese characters.

In 1937, the collection of H. W. Kent, which had been assembled in , became the nucleus of the National Gallery of Victoria’s department of Oriental art. Cox later succeeded as honorary curator.

Although Chinese art was his major delight, he had also acquired prints, Australian paintings, a collection of rare books, woodcuts by old and modern masters, and samples of English eighteenth and early nineteenth-century cabinet-making.

Nothing, however, surpassed his collection of Chinese ceramics, which was held to be the finest private collection in the country and made him internationally known.

In 1953 a Rockefeller grant for medical research made possible a world trip on which Cox contacted many notable private collectors. He was a member of a cultural delegation to in 1956, and next year returned there as leader of a medical delegation, at the request of the Chinese government.

In 1947, Cox had helped to establish the National Gallery Society of Victoria (of which he was president in 1952).

He was chairman of the trustees of the gallery (1957–65), and of the National Gallery and Cultural Center committee (1957–64), which advised the government on the whole development.

In 1958 he was appointed a member of the Felton Bequest committee.

When the new gallery was being designed, he partly withdrew from medical practice to devote more time and effort to the detailed planning.

In 1970 he published a big history, The National Gallery of Victoria 1861 to 1968 (Melbourne: National Gallery of Victoria, 1970). The prose style is admittedly dry, and the text over-long, but the treatment of his subject is as exhaustive and thorough as one would expect from an eminent clinical neurologist; the trustees’ decision to entrust him with this project was imaginative.

For his contribution to culture and to the N.G.V. he was appointed C.M.G. in 1968. The gallery invited him in 1972 to mount a special exhibition of his own collection; the catalog was entitled Hundred Treasures.

Subsequently, the Felton trustees purchased a blue-and-white stem cup in his honor. He retired in 1965.

In 1962 Cox had moved with his wife to the family cottage at , the grounds of which he had further developed by the great Edna Walling. There, in his greenhouse, he propagated and cultivated rhododendrons and camellias, and gathered rare species.

He helped to form the at , providing many specimens from his beautiful garden. Survived by his wife and daughter, he died at home on July 24, 1976, and was buried in the Box Hill cemetery. From his estate, sworn for probate at $372,456, he bequeathed books and items of Chinese art to the N.G.V.

Posted by Angus Trumble at 9:07 AM