The Campbells of Argyll 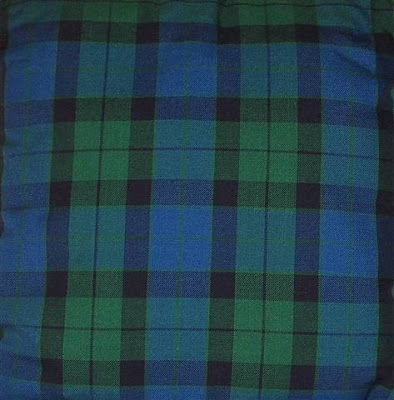 My paternal grandmother, Iona Heather (Nan), was the daughter of “Alexander Campbell of Argyll,” a doughty Scots Presbyterian mining engineer and businessman, and Jane Heather, the daughter of George Frew, a Catholic grazier, who owned property at Tabor in the western district of Victoria, not far from the southern end of the Grampians.

The Alexander Campbells married in 1886.

The Frews’ ancestors are said to have come originally from Killyleagh, Co. Down, on the west side of Strangford Lough in Northern Ireland, where they are well documented in about 1800.

Evidently, Nan’s mother “married well,” in that ghastly Victorian phrase, because at least one of her first cousins, Kathleen, the daughter of Jane Frew’s eldest brother, William George, entered domestic service aged fifteen, and worked as a nursemaid for the Bigelow family at Bloomfield, the big property a few miles south of Beechworth. She eventually transformed herself into Mrs. Griff, and died in 1982.

Presumably the sectarian issue arising from the Alexander Campbells’ mixed marriage, to which the odd compromise solution was for Nan and her siblings to be raised in the Church of England, caused some distance to open up between Jane Campbell and her Catholic Frew relations.

Alexander Campbell of Argyll was immensely proud of his solidly documented connections to the Clan Campbell, and, ultimately to the earlier dukes of Argyll, though it is impossible to work out from which of these he claimed descent, because the huge and complicated hand-drawn family tree that Nan once owned went missing after she died.

This invaluable document commenced at its apex with none other than the Emperor Constantine the Great.

Now, according to my estimable colleague Roberta Frank, Marie Borroff Professor of English and Professor of Linguistics here at Yale, there is some evidence to suggest that Constantine’s mother, St. Helena, was actually born in Scotland, so this claim may not be as kooky as it looks, although the document never offered much historical reassurance because from Constantine the Great it led, only a few generational notches down, to a Scottish medieval person who rejoiced in the name of “Egon, Fool of the Forest.”

By a process of remedial adjustment, it seems likely that the compiler of Nan’s ambitious pedigree was hopelessly mixed up, because, according to the hugely relevant Popular Tales of the West Highlands (Vol. III: “The Lay of Diarmaid”) by John Francis Campbell (Edinburgh: Edmonston and Douglas, 1860–62, p. 94, referring there to “a MS. which came from Cawdor Castle…called “GENEALOGY ABRIDGEMENT OF THE VERY ANTIENT AND NOBLE FAMILY OF ARGYLL, 1779”),

Smoroie Mor, or as others have it, Sir Moroie Mor, was “a son of King Arthur,” of whom great and strange things are told in the Irish traditions. He was born at Dumbarton Castle, on the south side of the fort, in the place called the Red Hall, or in Irish, Tour na-hella dheirg, i.e., the Tour of the Red Hall. He was called to his by-name, The fool of the Forest; he was a wild and undaunted person, and married a sister of King Andar’s, the forty-ninth king of the Scots, and was contemporary with Columbus pius; called in the Gaelic Colmkill, or Calum na-kill, because, when he retired from company they were always sure to find him in his cell at prayer.

“Constantine,” almost certainly therefore refers to that mythical person who was traditionally thought to be grandfather to the legendary King Arthur of the Round Table.

The reliability of this document is deeply questionable also, because, according to its anonymous author,

In the following account we have had regard to the genealogical tree done by Niel MacEwen, [who] received the same from Eachern MacEwen, his father, as he had the same from Artr. MacEwen, his grandfather, and their ancestors and predecessors, senachies and pensioners to great familys, who, for many ages were employed to make up and keep such Records in their accustomed way of Irish Rhymes; and the account left by Mr. Alexr. Colvin, who had access to the papers of the family, and Pedro Mexva, a Spaniard, who wrote the origin of diverse and sundry nations, in his book entitled the Treasury of Antiquities.

This last reference is another extremely garbled but failed attempt to get it right.

Naturally it’s in the Beinecke Rare Book and Manuscript Library here at Yale, and I’ve checked it.

I am not quite sure how the compiler of Nan’s pedigree managed to turn the MacEwens’ “Smoroie Mor” into “Egon, Fool of the Forest,” that wild and undaunted person, but I am rather glad he did.
Posted by Angus Trumble at 2:48 PM