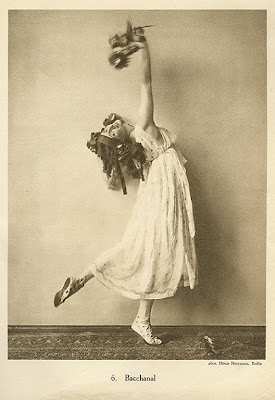 A small but intriguing coda to my exhaustive researches into the question of the origins of the canonical pavlova, New Zealand’s premier cultural export, has last evening emerged from a close reading of Australian Newspapers beta.

It is hard to reconstruct with any degree of precision the color of “Pavlova,” except by a tedious process of elimination. However, I earnestly hope that an answer may yet reside in the vast body of critical comment that accompanied the ballerina’s Australian engagements. Certainly it was not ivory, white, or any other vaguely predictable (or even unpredictable) color that one might readily associate with an on-stage prima ballerina, nor by the insistent jostling around Pavlova (the color) of various pinks, mauves, greens and pale blues does Pavlova appear to stray in any of those directions. We may well be dealing with some sort of rich gold or warm, sunny, buttery yellow.
In any case this hitherto forgotten meaning of “Pavlova” is yet to make it into the Australian National Dictionary, nor even the Oxford English Dictionary and I must speak to the editors about that careless omission. The fact that the color of Pavlova has since vanished into the ether of forgotten fashion (only to be supplanted by a meringue “cake” with New Zealand provenance) goes some distance towards explaining why it is not there, however we must as a nation aim for complete coverage of our linguistic heritage.
Of course, there is the issue of letting sleeping dogs lie, because once you start down this path only insanity awaits, because inevitable questions arise as to what on earth chardron, nattier, parma, and Sahara actually looked like. “Saxe” clearly relates to Dresden china, which, given their broad palette does not help very much, but at least we may assume “bottle” was green.
Posted by Angus Trumble at 4:37 PM