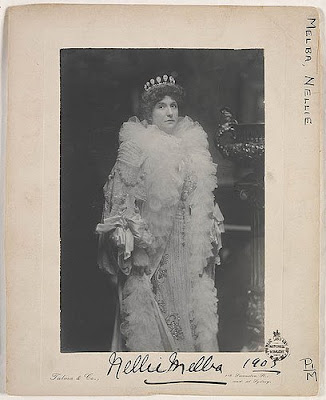 I cannot think of any single resource for the study of Australian history that has in my lifetime come as close to providing almost overnight such an enormous sweep of access as does the National Library of Australia’s brilliant Australian Newspapers beta service—“Historic Australian Newspapers, 1803 to 1954.” Hurry: sign up; subscribe for free, and join the happy throng of we obsessives who are busily and selflessly correcting as we go the full electronic transcripts of such brilliant articles as “Matters Feminine: Are You Beautiful?” (Northern Territory Times and Gazette, Saturday, March 8, 1919, p. 19), or, even better, “‘Wild Eelin:’ Her Escapades, Adventures, and Bitter Sorrows, by William Black, Author of ‘A Daughter of Heth,’ ‘A Princess of Thule,’ ‘Macleod of Dare,’ ‘The Strange Adventures of a Phaeton,’ ‘Briseis,’ ‘Highland Cousins,’ &c. &c. (Copyright). Chapter XIII: Playing With Fire,” Brisbane Courier, Tuesday, May 3, 1898, p. 7.

I am wholly and happily addicted, and Australian Newspapers beta has already shone an important sidelight onto one or two pressing matters to do with fingernails that will feature in my next book. The keyword searchability can at times be a little hit or miss, but that is neither here nor there. Because if you want to monitor the imminence of the colonial reputation of Queen Maud of Norway, or find and document the career of a particular racehorse, or study the incoming shipments to the Sydney agents of certain Paris milliners, or gauge the progress of irrigation in the Riverina, or take soundings of German espionage in the 1890s, or find someone who has hitherto been completely invisible to most if not all other published sources—Australian Newspapers beta will henceforth need to be your first stop.
For our Edwardian Opulence exhibition, for example, I picked up the scent of an object that was represented in this splendid photograph, but has since then gone to ground. I refer, of course, to “Melba’s Diamond Tiara: Mysterious Disappearance,” Argus, July 19, 1932, p. 6:

Much interest has been aroused by the difficulty experienced by the trustees of the estate of the late Dame Nellie Melba, the Trustees, Executors, and Agency Co. Ltd., to trace a diamond tiara, valued at ₤20,000 which belonged to Dame Nellie Melba. One report stated that the tiara had been detained illegally in Europe, and that the executors had evidence to support this theory. The general manager of the Trustees, Executors, and Agency Co. Ltd. (Mr. G. M. Smibert) said last night that the report was without foundation. Mr. Smibert added that he was unable to indicate whether the tiara would be traced, but there was no reason to believe that it had been detained illegally overseas.

God, I adore the National Library of Australia. So many hearty congratulations and sincere thanks to the director-general and everyone in Canberra who made this colossally precious gift so widely and generously available to every citizen of the world to harness, enjoy, and learn from, no matter where you happen to live.
Now please let us scan all the rest, especially the especially wacky regionals such as the dear, wonderful Gippsland Times and Gippsland Mercury, neither of which ever fails to yield treasure in abundance.
Posted by Angus Trumble at 4:15 PM