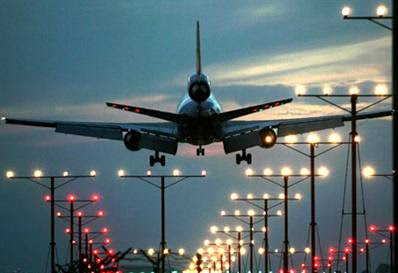 When, five hundred million years ago, having formed in the oceans, primitive vertebrates crawled through sand and slime, paddled up creeks, streams and rivers, slithered out of swamps to higher ground, and those most basic, yet revolutionary physical characteristics—the backbone, jaws, limbs, and the ability to reproduce on dry land—provided the key to the evolution of intelligent life on Earth... Norman paused to sip from his unsatisfactory cup of tea, and looked out the window. He blinked. After all this happened, what, I wonder, thought Norman, do we make of the fact that so many of the very places in which this magnificent transition took place are now airports? He looked at his watch, and glanced towards the departure gate. The bog and the fen, marsh and estuary: Here, unwittingly acting on our behalf, those primitive, monstrous fauna literally took the first fishy footsteps that over many millions of years ultimately led to the exquisite concoction of homo sapiens... Norman had always fostered a certain self-indulgence in respect of his chain of thought, and this reverie was no exception—in other words big on panoramic sweep, but as some of his colleagues regretted, rather long-winded. Fortunately that bit about the exquisiteness of homo sapiens collided with the arrival of a group of scowling flight attendants. In other words, mused Norman after wincing at the distraction, how curious, how extraordinary even that the very same places in which our great ponderous unthinkable beast ancestors first made landfall are these days so often the perfect spot, the ne plus ultra of an airport. What does it mean? Bing, bong.
Posted by Angus Trumble at 2:12 PM