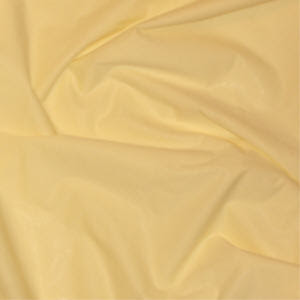 The fiendish problem of how to come up with a working definition of the color known to Melbourne retailers in 1926 and 1927 as “Pavlova” is brought into startling focus by a lengthy and enthusiastic review in the Argus of one of the eponymous ballet star’s performances for J. C. Williamson that was printed on Monday, March 15, 1926 (p. 12), under the four-point banner “Genius of Pavlova. Great Dancer’s Charm. Skill in Contrasted Ballets. Enthusiasm at His Majesty’s”:

She is dressed as everyone expects a fairy doll would dress. Her very short skirts, which are made of numberless layers of white tulle, and the top layer, which stands out almost like a wheel, is adorned with a bold lattice work of silver ruching and diamante and interlaced with a delicate tracery of pale blue. In between the spaces of the silver are clusters of cyclamen pink and mauve feathers. The close fitting bodice is of silver tissue and the long transparent sleeves of tulle are bound loosely to the arm by twists of frosted silver ruching. The toilette of this most amazing doll is completed by a wonderful wig of soft pink curls, which are kept in place by a meshed cap of brillian[t]s. In the Chopiniana scene there is nothing to remind one of the coquetry of the doll in the lovely spirit-like creature who seems to drift on the air like a thistle-down. Again she wears white, but its substance is allied to the indefinite transparency of the mountain mists. It seems crude to describe such ethereal delicacy as being tulle, yet it is by such a mundane medium that the exquisite effect is obtained. But the tulle is not that of fairyland; it is more like the “white samite, mystic, wonderful” of King Arthur [sic]. In the divertissement of The Dying Swan Madame Pavlova was again in white, but she invested its neutrality with a completely new expression—that of tragedy. The soft white feather wings which fluttered on the buffant tulle skirts seemed to quiver with the throes of death. On her head Madame Pavlova wore a bonnet of soft white breast feathers. In the last number the great dancer changed her clothes with her mood. She wore a characteristic Russian costume of rich material, and her towering triangular headdress was in keeping with those worn by the rest of the ballet.

Incidentally, Tennyson’s “samite” (in Morte d’Arthur, as worn by the disembodied arm that belongs to the Lady of the Lake) was a brilliantly contrived exercise in etymological archaeology, and strictly speaking meant (via the Latin samitum and, in turn, the Greek hexamiton) a six-ply silk brocade incorporating gold and silver threads, much in vogue during the Middle Ages, but let us not be deflected.

This precise description of Pavlova’s stage costuming serves to demonstrate that in every branch of the visual arts the impression of white is rarely created without harnessing the far more complex effects of colors and textures other than white. The problem is here set out with such precision that it is somewhat surprising that the critic was evidently unaware of the larger chromatic implications. And it deepens when, a week later, the same reviewer, covering Pavlova’s Tchaikovsky program (“Pavlova Season. Tschaikowsky Night. Great Dancer’s triumph,” Argus, Monday, March 22, 1926, p. 14) described, first, the ballerina’s costume for the role of the Queen of Snowflakes, then proceeds to the Empire design of several scenes in The Nutcracker. In this program Pavlova was

robed in shimmering white and silver, with diademed head and ankles tied with rosy ribbons…The fairy scene vanishes and a radiant figure—(Pavlova)—[re-]enters the stage walking with the delicate precision and grace of some wild bird. A billowy frock of mauve and pink tulle, with a tiny jewelled bodice, is completed by a tinted wig in the same primula shade, while glittering bracelets, caught with wisps of tulle, show up the fairylike wrists manipulating a great fan of snow-white plumes. Another scene transports the audience to Napoleonic times, and Pavlova and her partner (M[onsieur]. Varzinski) appear in the picturesque Empire gown and richly coloured suit made familiar by such artists as Prud’hon and David. The slim robe of primrose satin with its graceful train caught to one wrist, is relieved by a waistbelt and ornaments of glittering malachite green, the green note being repeated in a hair ribbon showing under the quaint poke bonnet of primrose straw.

Later, Pavlova returned to the stage in a “vivid rose pink silk pelisse trimmed with white swansdown,” with a “dainty bonnet and barrel muff…of silk and fur to match. In her arms [were] a tinsel-decked Christmas tree and a number of toys, which form the main theme of the drama.”

Nor do Pavlova’s many informal but skillfully choreographed publicity appearances assist us much, although they are all noteworthy for the exactness with which her costume was reported in detail. In “Women’s Views and News. Pavlova. Behind the Scenes,” for example (Argus, Friday, March 19, 1926, p. 14), backstage at His Majesty’s:

There was Pavlova, her hair bound gypsy fashion in a piece of pale pink silk and over her silken tights a loose robe of lavender silk, knotted on the shoulders and bound at the waist with a narrow band of ribbon [color unspecified].

The previous day’s Argus (March 18, 1926, p. 13) also carried a notice of the Wednesday matinee of The Polish Wedding, in which the dominant theme was “striking colour, with a prevailing effect of red, white, green, and a most brilliant blue.”

None of which solves the small mystery of what was meant by the new season’s shade of Jersey wool (Argus, Monday, April 26, 1926, p. 7), which as far as I can ascertain constitutes the earliest walk-on appearance of “Pavlova” in the guise of an abstract color, along with tangerine, amourette, nilesque (a truly ghastly effort to freshen up the canonical and, incidentally, exquisite shade long known as eau de nil), veronese, tan, oriflamme, rust, and burnt oak.