The Trial of William Pearson 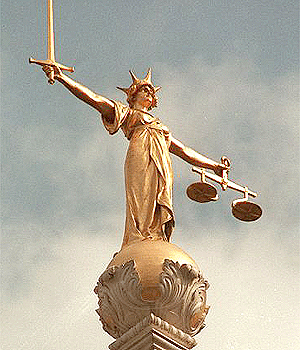 William Pearson, of Gipps Land, Gentleman, was charged with the misdemeanour of having on 9th March last, assaulted Mr. Francis Desailly.

I reside in Gipps Land; I have two brothers, George and Lewis; my brother left the colony the latter end of July; the defendant also lived at Gipps Land. On 9th March there was a race meeting at the Green Wattle Hill, Gipps Land; William Pearson was there on that day; my brother was riding a hurdle race, and the defendant also; when defendant came to the second leap, his horse baulked; my brother was behind, and I was following them inside the course; Mr. Pearson's horse came in contact with mine inside the course and I came off in the collision; Mr. Pearson then struck me with a whip, called me a black-leg [i.e. a turf swindler], and other names, but there was so much swearing I cannot repeat the words; after the race was over, I went to the stand, and Mr. Pearson in the presence of the people, then said, “walk this way gentlemen, I have horsewhipped Mr. Desailly, and I intend to do it again,” and he then struck me with his whip, adding that was not the satisfaction he wanted, he wanted other satisfaction, and that he would have; I gave no provocation for this second attack; I had not spoken to him that day at all; nearly a month elapsed before I laid an information against him.

Mr. Croke proposed asking the reason of this delay, but His Honor thought they had nothing to do with that.

Cross-examined by Mr. [Redmond] Barry, (who appeared for the defendant.)

The second leap is not a quarter of a mile from the stand. I was riding in a contrary direction to the defendant when we came together. Nearly a quarter of an hour elapsed between the first and second assault. I can’t recollect how long Mr. Pearson’s horse was detained by the collision; he was completely thrown out of the race by it and his horse did not go on. I think I tried to return some of the blows; I was close to him and collared him; I was looking at my brother at the time of the collision, about thirty or forty yards from the leap. I am not positive whether both horses came down; I was riding at a hard gallop and did not see Mr. Pearson’s horse coming. I was relating the occurrence to my brother at the stand when Mr. Pearson came up. I can’t recollect what I said of Mr. Pearson; I don’t think I used any abusive epithet; I was much excited, I will not swear I did not use such an expression as “that blackguard Pearson,” but I do not think he was close enough to hear what I said. I returned the blow; I think I knocked him down, we were both down together. Mr. Pearson used a riding whip; not a heavy one; the blow was not severe; I cannot say that more than one blow was struck before I collared bim. I had an interest in the horse my brother was riding; it was a horse from the Fulham station, but I did not know it at the time.

I certainly did not come intentionally into contact with Mr. Pearson.

I think he struck me more than once on the first occasion; I was rather stunned with the fall. I can’t tell whether he would have won the race but for the collision. My brother did not win the race; he was last.

Mr. Frederick Taylor, of Gipps Land, was at the stand on the occurrence of the second assault; he heard the defendant say he had horse-whipped one d——d scoundrel in the shape of a gentleman, and he was going to do it again, and threatened to serve witness in the same manner; he did not witness the assault.

W. K. Dawson, a surveyor at Gipps Land, was present, and saw the defendant strike Mr. Desailly two or three times; witness heard Mr. Pearson say—“Walk this way, gentlemen, walk this way; I have horsewhipped Mr. Desailly once, and I call you to witness I am going to do it again;” he then struck him.

It appeared that in the depositions the witness was described as a surgeon, and Mr. Barry asked, amidst laughter, whether he was present to dress the wounds of Mr. Desailly. Mr. Croke replied, that witness was only there for the purpose of surveying him (laughter.)

Mr. Barry supposed when Mr. Pearson asked the gentleman to “walk this way,” witness went to see the fun.

Witness—Somebody responded “blackguards stop behind,” so I walked forward with the rest. (Laughter.)

Mr. Barry—What did Mr. Desailly do when Mr. Pearson struck him?

Witness—Why he turned to and pitched into him (renewed laughter.)

Witness—I don't think either of them got the best of it (laughter.)

This closed the case for the Crown, and being called upon to elect upon which assault he would go, Mr. Croke elected the second.

Mr. Barry said, the names of other witnesses appeared on the list, and he wished the Crown Prosecutor to call some particular one. Mr. Croke declined, and Mr. Barry appealed to the Judge to decide whether the Crown was not bound to call the witness.

His Honor decided that if Mr. Barry wanted to examine the witness, he must call him and make him his own witness. He observed that the same question had arisen at Adelaide where they were all in confusion, and did not appear to know the practice, which was, however, determined in a case 3, Carrington and Curle, 510, in which Baron Alderson ruled that the prosecutor was not bound to call all the witnesses named, butshould have them in attendance, so that the prisoner might not be misled. The only sensible rule was they must be called by the party who wanted their evidence, and he must make them his own witnesses.

Mr. Barry, in addressing the jury for the defendant, remarked that the trumpery case might much better have been disposed of before two Magistrates, instead of occupying the time and attention of that Court. He contended that, in the first assault Mr. Desailly was the aggressor, having exhibited an unpardonable degree of negligence and carelessness, which not only extenuated the conduct of the defendant, but amounted to a positive excuse and justification. Mr. Barry contended that although two assaults were charged, they were, in fact, one and the same assault, the second being only a continuation of what, in the first instance, was self-defence, provoked by the language of Mr. Desailly. He submitted that Mr. Desailly, instead of coming to that Court to complain, ought to have apologised to Mr. Pearson for his improper conduct, in having acted in so unsportsmanlike and careless a manner.

His Honor said the only question for the Jury was whether, in point of law, an assault had been made out. His Honor had no doubt of that fact, and he expressed his opinion that the two assaults proved were separate and distinct offences, though forming part of one transaction.

The jury, after a short conference, returned a verdict of guilty on the second count.

His Honor enquired whether Mr. Barry had any affidavits in mitigation of punishment.

Mr. Barry relied upon the depositions for the prosecution; eleven witnesses had been examined, but the strongest case against the defendant was that made out by Mr. Desailly himself.

His Honor concluded a long and severe lecture to the defendant by inflicting a fine of £50, ordering him to enter into his own recognizances of £10 to keep the peace for twelve months towards Mr. Desailly, and to be imprisoned until the fine be paid.

Mr. Pearson paid the fine at once, and entered into the recognizances.
—Argus (Melbourne), Tuesday, October 16, 1849, p. 2.
Francis William Wisdom Desailly and his brother George gave up their lease on the Fulham run and followed the gold rush to California in 1849. Evidently they did well, and decided to return to Victoria in 1850, though not to Gippsland. Instead the Desaillys took up Coree station in the Riverina (119,000 acres) and Gunningrah in the Monaro. By 1865 the Desaillys held forty stations (a total of 1,118,000 acres), and were prominent in the Riverine Association which for a time unsuccessfully sought separation from New South Wales. At length, despite enormous efforts at water conservation, irrigation, and dam-building, the Desaillys were defeated by severe drought and suffered foreclosure in 1869.
William Pearson was unlucky to be convicted. In the early 1840s at least one of the jurors, A. A. Broadfoot, had fought a duel with Skene Craig—at the conclusion of which the parties sat down with their seconds and enjoyed a jovial al fresco champagne breakfast on the field of honour. William’s feisty barrister, the future Judge Redmond Barry also fought at least two duels (one of which in 1841 was against Peter Snodgrass). Even so, by the late 1840s Sydney put considerable pressure on the superintendent and the courts to impose a greater measure of civil authority on the rapidly growing Port Phillip district, and it seems that by 1849 what had once been good for the goose was no longer good for the gander. William paid a modest price, though fortunately for him later memories proved either short or highly selective. Within twenty years he was sitting comfortably for Gippsland in the Legislative Assembly of Victoria.
Posted by Angus Trumble at 12:20 PM