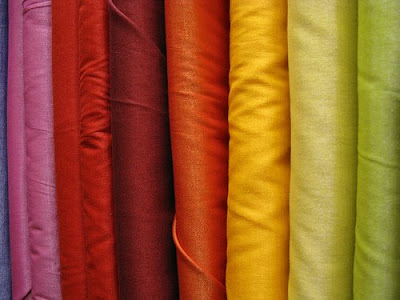 Let us now sift and sort the colors listed alongside the mysterious “Pavlova” in the sequence of enticing advertisements published in the Argus newspaper (Melbourne) between April 1926 and October 1928 for Georges, the Myer Emporium, Read’s and Maclellan’s of Chapel Street, Foy and Gibson of Collingwood, The Mutual Store of Flinders Street, and Payne’s Bon Marche of Bourke Street. The number in parentheses refers to the percentage frequency with which certain colors burrow their persistent way into this complete repertoire of “Pavlova” color references. (The number is omitted if the relevant color recurred in fewer than 15% of the ads.)

Now clearly there are points of difficulty arising from this exercise, because it is to some extent a matter of guesswork whether, say, “sand” belongs in the category of shades of white, or at the higher-keyed extremity of the browns, or whether “bois de rose” and “rosewood” belong more squarely in the parent categories of red or brown, or indeed where “rust” might go. Is “sunset” red, orange, or yellow? “Saxe” and “vieux rose saxe” constitute a knotty problem because on the one hand saxe has strong associations with Dresden china (in all its diversity of color and style), but, on the other hand, it also retained dynastic associations with the heraldic blue of the kings of Saxony. These are not necessarily inconsistent, so saxe must almost certainly belong with the blues, while vieux rose saxe cannot possibly be anything other than pink. Apart from obvious objections arising from its appallingly racist prompt, it is difficult to see how “nigger” was effectively distinguished from brown/full brown/mid. brown/nut brown; caramel; cocoa; tan/light tan, or indeed black. Finally, I am very doubtful about the remaining three unassigned colors of “nattier”; “orchid”; and “veronese.”

Presumably “nattier” refers to the family of French painters of the ancien régime, and on that basis one might tentatively assign it to the category of pink, but this is by no means an obvious choice, because judging from their airy palette, “nattier” might equally qualify as pale blue or yellow.

“Veronese” even more unequivocally descends from the sixteenth-century painter of Venice (Paolo), and some sort of rich dark red would therefore work well enough, but “orchid” is simply useless as a color descriptor because of the huge number of varieties. Perhaps, keeping in mind the not particularly broad parameters of Melbourne taste in the 1920s, cream or yellow would not be too far-fetched; possibly pale pink, or even purple, which is an intriguing omission here, except for its several glorious incognito appearances under violet; yet purple qua purple is never mentioned.

However we may observe some trends. Reds and browns clearly outweigh blues and greens in both tonal range, basic number, and rates of recurrence. Apart from spectrum-shrugging browns, greys, and whites, which seem consistent with the Modernist moment, fully adherent reds and blues also outweigh the compound colors of blue-yellow (greens), yellow-red (oranges), and blue-green (eau-de-nil), but with (for example) those loud assertions of violet these compounds are nevertheless forcefully present.

Where, then, does the color of “Pavlova” logically go? Certainly where pavlova went, more often than not bois de rose went also. No other color term recurs with pavlova nearly so often. What is so baffling, though, is that no other capsule of references to the color of pavlova surfaces in any other Australian newspaper of the period, and most if not all references to the eponymous ballerina are at best inconclusive.

On September 17, 1926, for example, the columnist “I-no” reported in her “Sydney Notes” in the Canberra Times (under “The Florist’s Art,” p. 14), that “Pavlova and Anna Seymour (the star of Santrey’s Band at the Tivoli), both say that they have never seen anything like the flowers in Sydney, or such art amongst the florists,” but this does not get us very far at all.

It seems to me that the balance of probability points either to the whites or yellows, and not merely because these seem so under-represented against the browns, beiges, putties, flesh and earth tones. Certainly Princess Elizabeth laid prior claim to the celebrity associations of blue, and I doubt if pavlova could have been permitted to encroach upon that imperial quarter. (Also the Duke and Duchess of York visited Australia in 1927.)

If pavlova turns out not to have nestled comfortably among the whites or yellows, my second choice would be to assign pavlova to the palest of pinks or some kind of tinselly silver because what seems most surprising about surviving accounts of ballerina’s costume and toilette in the first J. C. Williamson season was the Argus critic’s references to that odd-sounding pink wig, and those slightly over-insistent touches of “silver tissue.”

I think it is unlikely that we shall ever be certain, unless some long-forgotten clue survives in the archives of Myer’s, or even the personal papers of Dame Merlyn, or some thrifty upper-end Melbourne nonagenarian still has a swatch of light-sensitive fabric buried deep in her work basket, and the memory of a steel trap. Dame Elisabeth?

Posted by Angus Trumble at 8:02 AM