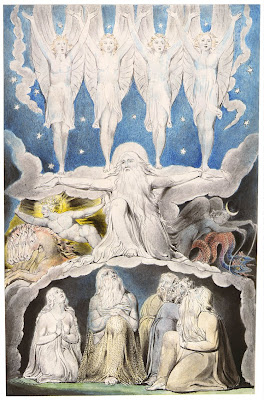 In recent weeks I have been bothered by a tiny sebaceous cyst on my neck. It has acquired the bad habit of getting infected and is uncomfortable, messy, and unattractive. It probably needs to go. Fortunately, having now navigated several stages in the current American health care system, a capable young surgeon has agreed to do the honors in a few weeks’ time.

Here at Yale—and I should think that the same is true in many other clinical situations—your consultation with a qualified medical practitioner commences with a nurse who verifies your identity, takes your temperature, measures your blood pressure, takes your pulse, ascertains the amount of oxygen in your blood, and, finally, asks you if you are experiencing any pain. This is far more than a mere formality, because if the answer is “yes” that person asks you to specify on a scale of one to ten, where ten is the equivalent of unbearable agony, exactly how much pain you are feeling.

In my case, I find it difficult to think of the slight discomfort caused by my fellow traveler the sebaceous cyst as anything that meets the real requirements of the term “pain,” since it is self-evidently not serious in the larger scheme of things.

Yet, as I struggle to find a suitable numerical expression for the apparently genuine discomfort I feel, I can quite easily see that the effect of nominating one or two would be to mislead the nurse and doctor into thinking that I regard the matter as no more than a triviality. This is not the case. Although I feel comparatively little pain, it is the inconvenience and bother created by this stubborn little thing, and not pain as such, that makes me want to get rid of it.

To some extent you find yourself wondering if you are not unduly minimizing the matter at hand by stopping short of describing it in terms of pain. Evidently many other patients throw themselves gleefully into the pain department, and most people will swear that their assessment is more or less accurate in respect of themselves, even though it should be axiomatic that any and all such assessments are entirely subjective. One stoical person’s mild twinge is another, more sensitive patient’s agony.

Further, how do you define excruciating agony if to the best of your knowledge, as in my own case, you are quite certain that you have never experienced it? Am I in fact greedily consuming medical resources that might better serve to alleviate far worse and more urgently pressing afflictions than mine? If we are quite honest, how often do we patients bump up our pain “reading” in an effort to gain the attention of the doctor, and what, at least in this highly reductive schema of degrees of pain, is the substantive difference between a five, say, and a six? Does this emphasis upon physical pain encourage the rest of us to dig deeply into the handbag of our experience and come up with something serviceable, when, in reality, the problem is not actually a matter of hurt at all? Are nurses and doctors alert to the difference, or is the system so overstretched that anything other than some sobering level of urgent physical pain automatically descends several notches on the scale of priorities—as indeed I suppose it really should?

In all of this I find my mind turning again and again to Job, the righteous man of the land of Uz, who endures blow upon blow, indeed terrible anguish. Arising from the astonishing clash in dialogue between God and Satan it is the body and mind of Job that are tossed into a deep hole of pain. Suffering, disbelief and rage come first, then blame, dejection, self-pity, and acute bitterness. Job begs for relief. His friends can only conclude that Job’s affliction is a punishment for some monstrous sin, but Job knows that he is righteous, and duly protests his innocence. But that is not the point. Half way through this story Job’s position is simply impossible. Elihu the Buzite now condemns Job for the larger sin of self-righteousness, and God himself rebukes Job for the weak presumption of seeking to justify himself before the face of his own creator.

Yet throughout his ordeal Job’s virtue remains essentially intact, a fact that is never by any means lost on God. Job weathers the storm. He struggles against what he sees as its moral dimension, but in the end he survives it. He is brought to an understanding of what he is, and what he is not, and, even in the extremity of his affliction, Job attains what these days we would probably call “acceptance.” He never fails to worship God.

Into this remarkable ancient Hebrew poem, I find it impossible to imagine any viable spot for a tiny sebaceous cyst, and that tedious question as to the scale of pain from one to ten—other than maybe in the fussy soliloquies of Eliphaz the Temanite, Bildad the Shuhite, and Zophar the Naamathite. With friends like these, incidentally, who needs enemies?

In other words, that it is even possible in this world of almost infinite suffering to be rid of a mildly bothersome lump, an insignificant spot, seems wholly miraculous. And for that one can only feel the full measure of, on the one hand, humility, and on the other gratitude. In other words, the petulant art museum curator huffing and puffing with barely disguised irritation over ones and twos at the Yale Health Plan on Friday afternoon really should have owned up to zero pain, or else something along the lines of “Just whenever you can find a spare moment.” At least that is how it looks to me today.

Posted by Angus Trumble at 1:38 PM