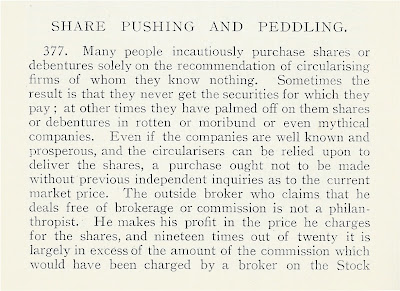 The Leveson Inquiry into the culture, practices and ethics of the press in Britain surely challenges any reasonable listener not to fall into a pit of despair. The worst excesses of the tabloid press, many of them criminal in character, prompt the question: Is this the point to which public discourse in the United Kingdom has sunk? Is this what we have become—since you could argue that the press merely holds up a mirror in which we see our corporate self? Is this in fact an eerie rehearsal of The Picture of Dorian Gray? How did this happen? Quid tum?

Historical perspective will help us here. 100 years ago, the tabloids served a particular function, of which current titles retain a sort of perverted remnant, that is, charging to the defense of the defenseless, often bravely. Today this would appear to provide the tabloids with some twisted justification for running various hypocritical shock-horror exposés of marital infidelity, et cetera, but, of course, 100 years ago British working people were far more defenseless than they are now, and handicapped by corresponding measures of incarceration by virtue of class, implicit trust in authority, and a degree of whole-of-population gullibility that created a pressing need for documents such as the “Truth” Cautionary List for 1910. This useful publication was designed above all to arm servant girls and young widows against the predatory activities of “thieves, blackmailers, swindlers, rogues, imposters, and other dishonest persons.”

This appalling vision of deceit and depredation was merely a colossal development of the criminal underworld of Dickens into the era of new technologies that above all transformed effective communication. While it would be naive to ignore the fact that the proprietors of Truth profited handsomely from the price of 1s. 1½d. per copy, and from the revenue from the sale of many advertisements scattered through its pages, still the Cautionary List for 1910 obviously filled a social need, for the scale of fraud and exploitation appears to have been far beyond the capacity of Scotland Yard or the Crown Prosecution Service to crush it on their own. Indeed many of the schemes Truth identified are depressingly familiar to us in the current form of disembodied spam—“Dearest one in Christ”—but unlike those, which lurk behind an impregnable façade of anonymity, Truth named names, disentangled aliases, furnished addresses, described in plain language the exact nature of the imposture, and the tactics directed toward the victims, and in several cases successfully defended their detailed allegations in courts of law.

If this were still the ideal, or even just the basic purpose, to which the tabloid press aspired today one would be a little more sympathetic with what they generally describe as their “campaigns” on particular issues, but unfortunately by their nakedly illegal conduct (while cowardly sheltering behind the idea of the freedom of the press) they have forfeited any claim to act in the public interest, so the unenviable task of Lord Justice Leveson is to go back to the question quid tum?—so what? or what next?—and figure out how on earth to clean up the mess. If anything at all has come out of all this, other than filth and the revelation of widespread criminality, it is the fact that self-regulation by the media is a terribly bad joke.
Posted by Angus Trumble at 7:33 AM