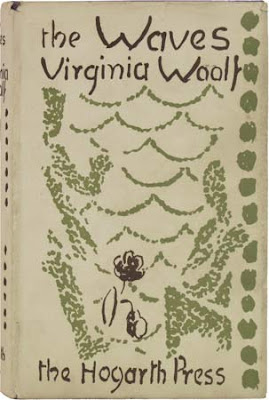 In her experimental novel The Waves (1931), Virginia Woolf helped herself to the name of Trumble, and used it to sketch an exceedingly unattractive portrait of somebody who is small in business, but big in local government. Though marginally mitigated by the fact that this brief sketch is embedded in one of the garrulous Bernard’s long soliloquies, and that overt hostility projects instead from the oleaginous Neville—a cipher for Lytton Strachey—nevertheless Woolf’s vignette demonstrates at its most unattractive the unabashed snobbisme of Bloomsbury.

Nor is it at all clear to us why “Walter J. Trumble is the sort of name” that Woolf thought apt for this “elderly and apparently prosperous” gold-toothed husband (indulgent but unfaithful) who evidently made the unfortunate mistake of visiting the United States of America. My brother Hamish raised this baffling issue with his English tutor at Jesus College, Cambridge, in the early 1970s but received no satisfactory answer—indeed he formed the impression that the tutor (long forgotten) regarded the matter as unimportant.

“Louis and Neville,” said Bernard, “both sit silent. Both are absorbed. Both feel the presence of other people as a separating wall. But if I find myself in company with other people, words at once make smoke rings—see how phrases at once begin to wreathe off my lips. It seems that a match is set to a fire; something burns. An elderly and apparently prosperous man, a traveller, now gets in. And I at once wish to approach him; I instinctively dislike the sense of his presence, cold, unassimilated, among us. I do not believe in separation. We are not single. Also I wish to add to my collection of valuable observations upon the true nature of human life. My book will certainly run to many volumes, embracing every known variety of man and woman. I fill my mind with whatever happens to be the contents of a room or a railway carriage as one fills a fountain-pen in an inkpot. I have a steady unquenchable thirst. Now I feel by imperceptible signs, which I cannot yet interpret but will later, that his defiance is about to thaw. His solitude shows signs of cracking. He has passed a remark about a country house. A smoke ring issues from my lips (about crops) and circles him, bringing him into contact. The human voice has a disarming quality—(we are not single, we are one). As we exchange these few but amiable remarks about country houses, I furbish him up and make him concrete. He is indulgent as a husband but not faithful; a small builder who employs a few men. In local society he is important; is already a councillor, and perhaps in time will be mayor. He wears a large ornament, like a double tooth torn up by the roots, made of coral, hanging at his watch-chain. Walter J. Trumble is the sort of name that would fit him. He has been in America, on a business trip with his wife, and a double room in a smallish hotel cost him a whole month’s wages. His front tooth is stopped with gold.

“The fact is that I have little aptitude for reflection. I require the concrete in everything. It is so only that I lay hands upon the world. A good phrase, however, seems to me to have an independent existence. Yet I think it is likely that the best are made in solitude. They require some final refrigeration which I cannot give them, dabbling always in warm soluble words. My method, nevertheless, has certain advantages over theirs. Neville is repelled by the grossness of Trumble.”

Posted by Angus Trumble at 3:13 PM