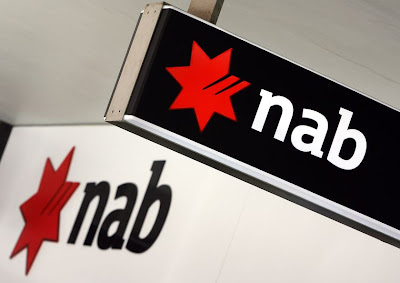 One can only conclude that in these days of financial catastrophe credit card fraud is becoming an enormous problem for all banks.

Last week I received a new credit card to replace the previous one, which was peremptorily canceled several weeks ago, owing, said my bank, to some vaguely articulated “potential exposure.” Leaving aside the question as to the nature of that exposure, and the tens of thousands of other people’s credit cards similarly affected, my bank assured me that the new credit card would work properly when eventually it arrived in the post. Finally it came.

On Friday I paid into the relevant account a sum in cash larger than was necessary to secure the new computer I need to purchase; waited until yesterday; rang the bank just to make sure that this large transaction would encounter no glitch or block; was assured that it wouldn’t; took a deep breath, and at 11.45 a.m. lodged my order on-line, assisted by my colleague, the excellent Elena Grossman. This morning, I find that Apple Computer Inc. wishes to inform me that my credit card was declined.

I rang my bank. Successfully navigating the labyrinthine menu-tree in fifteen painful minutes that skipped by in just a quarter of an hour, I reached a young male person. He was pretty sensible, and I did my best not to sound testy. If I did, and my call was maybe monitored for verification and training purposes, they will no doubt be able to play it back for a laugh. In any case, brightly the bloke at my bank assured me that my credit card was blocked thanks to an “over-zealous” consultant in the fraud department, presumably anxious to live up to the bank’s acronym—“nab”—notwithstanding that my earlier (and prudent) telephone call had been “noted in the system.” There it was, he reckoned, standing out perkily from the mass of surrounding data. However, in a sinister and unwelcome development, it now seems that my $4,000 in cash, though certainly received by the bank—insofar as, yes, I did indeed hand it over to them, and have in front of me the receipt to prove it—has nevertheless somehow not “hit the card.”

Graciously, and with a tone that suggested above all generosity and special treatment, my bloke at the bank said he’d lift the block so that I could proceed with my transaction. “Thank you so much,” I gritted.

But, he added, I must be sure to telephone the customer service department—surely the ne plus ultra of tautologies—to ascertain what has happened to my money. “Is there no way that you can check for me now?” Unfortunately, no, that wasn’t his department.

In Kafka-esque situations such as these keeping some tenuous grasp upon your sanity, I suppose, depends upon the ability to be thankful that your bank is being vigilant, but I cannot help feeling maddened with irritation by being obliged so regularly to seek their permission to spend my own money. O tempora, o mores.
Posted by Angus Trumble at 8:53 AM