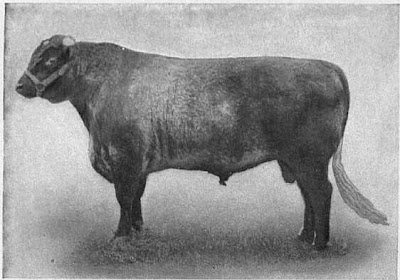 When Laura and Henrietta Travers arrived in East Gippsland in the southern winter of 1858, it cannot have taken very long for them to discover that among the many things that their future husbands, William Pearson of Kilmany Park and Lemuel Bolden of Strathfieldsaye, had in common was that they were both seasoned killers. Even as recently as the 1930s Australian newspapers were readily prepared to present such facts as were disclosed, indeed mythologized, by the perpetrators themselves in as generous as possible a light—usually in the absence of any other plausible witnesses. The following article, for example, appeared on the country page in the Melbourne Argus on Tuesday, September 11, 1934 (page 3), and the diminishing headlines already set out the sub-editor’s depressing sense of priority, “First Stud Shorthorns: The Bolden Brothers: Duels to Death with Blacks”:

Some of the best cattle from the leading Shorthorn studs in England were brought out to Port Phillip in 1840 by the Bolden brothers, who occupied the whole of the country between Mortlake and Warrnambool. Their stations included Grassmere, Minjah, and Merang. The site of Warrnambool was part of their heifer paddock. They were the first to fence extensively, and one of the Bolden fences ran from the Hopkins River to Woodford. Evidence of one of their out-stations may still be seen at Woolongoon.

Out with a blackfellow in search of horses, a Bolden was attacked by his companion, and to save his life he was obliged to shoot his assailant. Another Bolden came up with a native in the act of spearing cattle. A fight to the death ensued, and the squatter won. But soon afterwards the Boldens sold their western runs and their cattle herds. Their stud shorthorns were acquired by John and Peter Manifold. Among the stud shorthorns brought out by the Boldens was Mussulman, by Old Cherry, bred by Colonel Cradock. Mussulman was the most valuable bull of his day. He was purchased for 400 guineas to go to Port Phillip, and the purchaser were required to sign a bond agreeing to pay 1,200 guineas should he be taken back to England. Mussulman was hired by the Booths of Warlaby before his exportation. The celebrated Bracelet—twin sister of Necklace—was mated with him, and the great sire Buckingham was the reward. Leonard, another noted Warlaby sire, was by Mussulman. The Old Cherry blood was used also by Thomas Bates, who produced the Cherry Duchess tribe, prized throughout the shorthorn world. The cows introduced to the colony by these pioneers included Lady Vane, the dam of Viscount, and Red Rose, the dam of Mussulman the younger. Choked by a potato, one of the best of the cows died on the voyage out.

After leaving the Hopkins country, the Boldens were interested in other runs. They had Perrin Yallock for a time, Sandford Bolden was at Banyule, Heidelberg, and Lemuel Bolden was interested in Stathfieldsaye. One of the brothers returned to England, and became a shorthorn authority there. The Grand Duchess herd of Edward Bolden at [Springfield Hall] Lancaster was developed on the advice given by this old Port Phillip squatter. That herd reached the top of the shorthorn tree. It was sold subsequently to Betts and Atherton, who paid 300 guineas for every animal, including the oldest bull and the last born calf.

Although they flourished for but a brief period as cattle breeders in Port Phillip, the Bolden brothers deserve to rank among the principal pioneers of the cattle industry of Australia. The choice shorthorns which they brought to the colony laid the foundations of many of the best herds in the land.

I suppose the best that can be said is that in due course Laura and Henrietta may have been able to exercise a measure of civilizing influence over their much older husbands, however by the end of the 1850s the veil of secrecy that enabled the early squatters to get away with murder was already lifted—and they could no longer do quite so much as they pleased. In any case most of the worst damage was already done, and, along with many other Scots settlers in East Gippsland, Mr. Pearson and Mr. Bolden were pursuing the not altogether different aims of acquiring wealth and respectability.
Posted by Angus Trumble at 11:58 AM