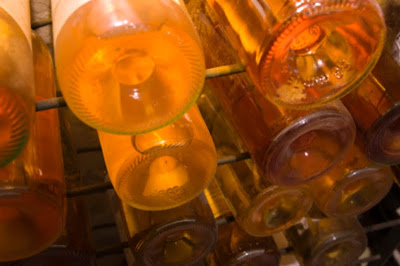 There are relatively few scandalous subtopics in my new book, The Finger: A Handbook, except for some damaging rumors that circulated in London during the early 1820s about the distinguished bibliophile and member of Parliament Richard Heber and his exceedingly young protégé and intimate friend Charles Henry Hartshorne (for which see chapter 7 “The Finger of Play,” p. 190). On the whole, scandals do not interest me very much, except when they are old, comical, or relate to art fraud, as in the strange affair of Benjamin West and the Venetian Secret. Alas the recent discussion of how the British tabloid press lately entrapped Sarah, Duchess of York, and the remarks about herself and alcohol that she has this week confided to Oprah Winfrey, do not meet my stringent criteria. Indeed I feel these matters ought to be kept in strict perspective. It could be so much worse for the duchess. On April 7, 1908, for example, whilst covering in New York the messy divorce proceedings of Mr. and Mrs. Howard Gould, no less an organ than The Washington Post screamed the following headlines on its front page:

With luncheon—a pint of wine.

Coming down to specifications in regard to his wife’s drinking capacity, Mr. Gould tells one occasion when she and a man friend—name unmentioned—drank a whole bottle of brandy, with only one bottle of seltzer, at Palm Beach, in January, 1905. A few weeks later, he says, while visiting some friends in West Eighty-seventh street, she became intoxicated and assaulted her hostess, scratching the latter’s arm and threatening the other guests. She was next found in the cellar of the Eighty-seventh street house, lying on the floor in a disordered condition. She had to be removed to the St. Regis, where a physician attended her…In the latter part of 1905 Gould seems to have taken particular notice of what his wife drank every day, for he is able to furnish the Supreme Court with a summary of her wants. Three or four cocktails before breakfast, or luncheon, as it might be, was the ordinary fare, he says, and at lunch she invariably tackled a pint of Moselle or Sauternes. After luncheon, brandy highballs, till dinner-time approached, when a few more cocktails would be in order. At dinner, champagne, he says, was her invariable drink, and she would partake liberally of the sparkling wine. Liqueurs always followed dinner, and brandy highballs gave Mrs Gould her nightcap. What else she drank, her husband cannot say for certain, but he knows, or says he knows, that she kept all kinds of whisky, brandy, and liqueurs in her boudoir, the bottles being frequently renewed.

Posted by Angus Trumble at 8:46 AM