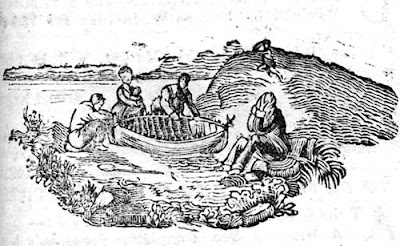 The following advertisement appeared in the Hobart Town Courier on Saturday, January 5, 1850 (p. 4), and is a valuable reminder that Van Diemen’s Land continued to provide a reliable market for Regency gentlemen’s perquisites long after they had begun to go out of fashion at home:

According to Deliciae Literariae, A New Volume of Table-Talk (1840, pp. 55–56), Hardham’s No. 37 was named after John Hardham, “a native of Chichester, who died in the year 1772. He was bred to the employment of a lapidary or diamond-cutter; but abandoned that for the business of a tobacconist…The figures 37 seem to have been those which marked the number of his snuff-shop,” which was at the Red Lion, near Fleet Market in Fleet Street, London.
The Prince’s mixture was naturally named after the Prince Regent, who was known to favor it—his mother, Queen Charlotte, having also come to be associated by name with her favorite line of snuff.
Latakia is the name of the port city of Syria whence this variety of powdered tobacco ultimately came.
Old Cuba is self-explanatory.
Tonquin mixture is, in fact, a reference to the principal ingredient, i.e. the tonka bean.
“Rappee” is derived from the French râpé (grated), and was a coarse, pungent snuff made from dark tobacco.
Strasburg snuffs, meanwhile,—as opposed to Strasbourg—were sold in rather dandyish, not to say effeminate “Paris paper-boxes” (i.e. not tins), and by 1850 the comparatively cheap Welsh and Irish snuffs were known to be heavily adulterated with (inter alia) common peat, common salt, common starch, sawdust, fustic, extract of logwood, umber, sumach, chromate of lead, bi-chromate of potash, and various other ochreous earths.
Posted by Angus Trumble at 1:39 PM