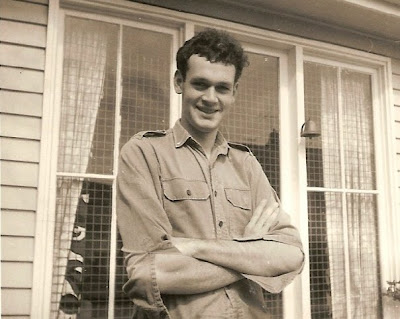 How are you? I am well. I have been doing some Research. I have been on the trail of Trumbles in literature, inspired by your blog. You know, Angus, I only recently discovered how immense your blog is. I was aware, of course, of the blog entries which you sent me links unto, but it was only a week or two ago that I realized there was more material there that I could access. Wow! I don’t know how you do it, and hold down a job, and write a book! Your blog, Angus, puts me in mind of Thomas de Quincey, who saw the totality of his work in the nature of a Gothic Cathedral, each tiny part a piece of an enormous, colossal, evolving whole, The English Mail Coach—the Nave, etc., anyway, I only saw your Virginia Woolf piece a few days ago, after quite a lot of reading. I had set myself the task of finding the Trumble reference I remembered, indistinctly, from my studies at Cambridge with my modernism tutor. I failed to impress him from an early date with my researches on T. S. Eliot, who, I discovered had exchanged several amiable and charming letters with Groucho Marx, which I drew his reluctant attention to, and later in an informal “symposium”-style tutorial at the pub, I had interjected a remark about April being truly-ruly the cruelest month where I come from (it was because I was fed up with seasonal references being northern-hemispheric-o-centric). Anyway, I decided to re-read V. Woolf. I had a stroke of luck—I quickly found a copy of To The Lighthouse in the op shop. I was sure this was the book—so sure that after I scanned it for Mr. Trumble in vain, I read it properly, to be sure, to no avail. My local library coughed up Mrs. Dalloway which was my next guess, but again, no dice. I had, however, read another of this lesbotic genius’ mistresspieces, and while I agree with your assessment of her Bloomsbury snobbisme, I was getting “into” them, as they say in the classics. But still Mr. Trumble eluded me—no matter, I was sure that The Waves would be the one. My local library network had exhausted itself giving up Mrs. Dalloway, but nowadays we library patrons can borrow from any library across Victoria, and Swan Hill had a copy of The Waves. However, after 2 weeks my library told me that the Swan Hill Waves was “missing”—imagine that, Angus!—but the kind and helpful librarian at Wonthaggi told me—not to worry—he would organise another copy—leave it to him. 2 weeks later I got an email that my “Waves” was ready to collect. Well, I was excited, then deflated because I realized you had found the reference by yourself, but when I collected the book, I got the scent of the chase again, because what I had got was the 1976 Hogarth Press edition of V. W.’s The Waves—the two holograph drafts transcribed and edited by J. W. Graham, who must have been ever so keen on V. W., because he has copied out her notebooks and added all her crossings out, etc. (as you can see). I realized that here was an opportunity for original Trumble research, so I commenced reading. Let me say that, while I cannot identify the Trumble episode in any form in the first draft, and there is a Turnbull/Trumble passage in the second draft (see over), the reading was not unprofitable. Oh no. The first draft contains dozens and dozens of references to Louis, the Australian, son of a banker and his Australian accent, boomerangs, colonial inferiority—that Virginia had a definite idea about Louis and his Australian origin and she made sure she didn’t forget it for subsequent drafts. I thought about that a lot, and it occurred to me that she probably didn’t know many Australians, but as she cast her mind back to the twilight years of Victoria, and the Golden Age of Cricket, in the nostalgic glow of her method, one name might have popped up in the stream of her consciousness—Hugh Trumble, Australian test cricket champion, and, let’s not forget, bank manager. Is it not possible, no no, almost certain, that when casting about for a name for her gentleman on a train, her mind free-associating behind the twin filters of her arch-lesbotic superciliousness, and her disappointing anti-Australian prejudices, her final choice is actually an unintended tribute to a great and noble Trumble,

Who oft saved the skin of the ’Roo,

The foe thought him dead,

But he popped up his head,

Keep up the good work Angus.

Lots of love from Hamish.

P.S. What about Trumbles in art? I think we can by now consider Trumble and Trumbull to be interchangeable, especially in the distant past. Have you considered the case of John Trumbull (1756-1843), the American artist who fought in the War of Independence, after which he traveled to London and paris (as many Trumbles before and since) and worked with West the Quaker neoclassicist; apparently Trumbull is well represented in your American museums and he wrote his “Autobiography” (1841, repr. 1953). I got this out of the Penguin Dictionary of Art and Artists—is there no field in which Penguins do not cover all aspects of life and learning? Must go now and scour the op shops of South Gippsland for hidden treasure.

Labels: Hamish Trumble, Hugh Trumble, Mrs. Dalloway, The Waves, To The Lighthouse, Trumbles in art, Trumbles in fiction, Virginia Woolf (woeful unfamiliarily with the true essence of a Trumble)