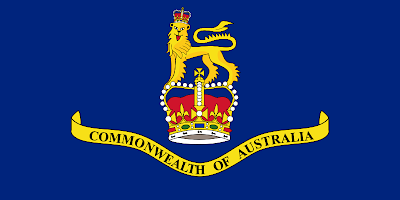 I have spent a good deal of time and energy over the years attempting to explain to quizzical American citizens that the term governor-general has nothing to do with military rank, but now I find that the matter is not quite so simple. Already in early Medieval Latin we come across the ecclesiastical terms abbas generalis and magister generalis, whence the titles master-general, vicar-general, and superior-general evolved and still linger, at least in the modern Catholic church. The convention obtains also in diplomacy (secretary-general, consul-general); many branches of government (governor-general, receiver-general, postmaster-general, controller-general, procurator-general, registrar-general, and auditor-general); wider bureaucracies (director-general, but N.B. editor-in-chief); the law in various jurisdictions (attorney-general, solicitor-general, prosecutor-general, heirs general); various legislatures (the états généraux of France; the cortes generales of Spain and more broadly the concept of junta general in Spanish-speaking countries, and the staten-generaal of the Netherlands). According to the OED, this “-general” has sometimes been attached playfully to ordinary substantives, e.g. Mr. Chad, “lover general at The Hague”; and the “assumption that και in the N.T., as ו in Hebrew, was the conjunction-general,” etc. Now, the military rank and title of General (with special combinations, viz. quartermaster-general, adjutant-general, captain-general, brigadier-general, major-general, and even lieutenant-general, but N.B. commander-in-chief) have over the centuries congealed into freestanding forms, but, deriving from the concept of “general officer” or “general officer commanding” (cfr. General Post Office, general practitioner, general counsel, general election, general strike, General Theory of Relativity), their origins cleave somewhat narrowly to the non-military sense in which the suffix-like caboose of general originally developed from ecclesiastical Latin. So unfortunately we cannot absolutely assert that the civilian title of governor-general is entirely unrelated to that of major-general, and in this sense the last Governor-General, His Excellency Major-General Michael Jeffery, A.C., C.V.O., M.C., was something of a double-dipper in purely conceptual terms. Thus far nobody else has noticed this, so I doubt if any awkwardness will result. Meanwhile, there is nothing general about monarchs, presidents, prime ministers, secretaries of state, ministers, ambassadors, judges, bishops, or admirals.
Posted by Angus Trumble at 1:46 PM