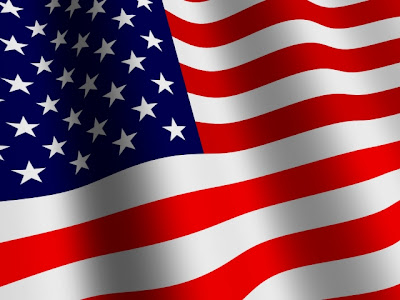 American political geography is endlessly fascinating to me, as much for what it teaches us about the history of the continent as for what it does not.

Eight states derive their names from other geographical features or turns of phrase which were, in turn, applied much earlier by the French or Spanish or Dutch, namely California; Colorado (River); Florida (an abbreviation of Pascua Florida, meaning flowery Easter, i.e. that of 1513); Montana (from the Spanish, meaning mountain); Nevada (from the Sierra Nevada meaning snow-covered); Oregon (obscure, possibly Spanish for big ear, the term they applied indiscriminately to native peoples in the region, or else from the French-Canadian fur-trapping patois for storm or hurricane); Rhode Island (possibly from the Dutch Roodt Eylandt, meaning red island—even though it is quite clearly not an island) and Vermont (Acadian French, evidently meaning green mountains in general).

Of these, California first appeared in an early sixteenth-century Spanish romance novel as a purely mythical land, apparently inhabited by Amazon-like women, and ruled over by an imaginary black Queen Califia.

Three states regurgitate the names for Anglo-French places, namely New Hampshire, New Jersey, and Maine (probably the old county of Maine, bordering Anjou and Normandy), none of which they even vaguely resemble.

The name of Idaho was spuriously ascribed to the Shoshone language, meaning, it was claimed, the sun comes from the mountains. Maryland, meanwhile, commemorates the Virgin Mother of God. Louisiana was named in honor of King Louis XIV. Delaware still bears the name of Thomas West, third Baron De La Warr, sometime British colonial Governor of Virginia; Pennsylvania commemorates the grant of land by King Charles II to William Penn in settlement of enormous debts owed by the crown to his father Admiral Sir William Penn, while only one state, as distinct from the federal capital, commemorates a President of the United States, viz. the first, George Washington.

The state capitals observe quite different patterns of distribution.

A further four preserve the memory of topographical features, two of them big (Salt Lake City, Utah, and Olympia, Wash., after the Olympic Mountains nearby), and two very small, viz. Baton Rouge, La., (a signpost) and Little Rock, Ark., (a stone marker).

One capital stands in for an apostle (St. Paul, Minn.), and another for a mythical bird (Phoenix, Ariz.). Springfield, Ill., was highly optimistic, especially in the winter months, while, as far as I can see, Indianapolis, Ind., and Oklahoma City, Okla., exhibited a breathtaking lack of imagination.

Posted by Angus Trumble at 9:36 AM