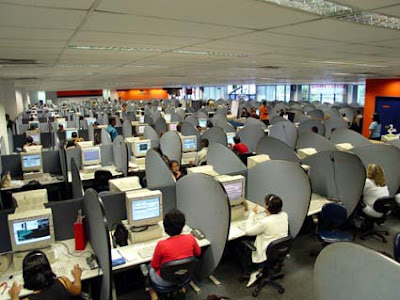 For many months I have received almost daily pre-recorded telephone calls at home and on my mobile phone from an organization that refuses to identify itself, but purports to offer reduced interest rates on a credit card that I do not have.

These telephone calls are identical but never come from the same number twice. The numbers are scattered the length and breadth of the continental United States, and I receive them despite having been for several years on the Federal Trade Commission’s helpful “do-not-call” registry; having also lodged formal complaints about this unwelcome intrusion with the FTC and the Connecticut Department of Consumer Protection—more than once to each, using both their online facilities and their telephone processes. However, as at today’s date the harassment continues.

I have on many occasions “pressed 1” in an attempt to beg the panhandler at the other end to stop calling, but, when finally connected to real people, they invariably hang up on me. This is simply infuriating. However, once I took a rather different approach, and engaged the consultant in lengthy conversation feigning extremely poor, broken English, successfully detaining him for 45 fruitless minutes. During this time I was able to furnish incorrect and misleading personal information in response to his requests for my own, and tantalized him by reciting an eleven-digit credit card number, only to re-read it patiently and add another digit. As well, there were invented addresses, tedious wire-crossing, etc. At a certain point when my amusement began to wane, I broke back into perfect English and threatened to waste even more of his and his colleagues’ time if they ever called me again. Very satisfactorily, he lost his temper and roared expletives and other abuse down the line—however this was apparently not enough to eliminate the nuisance. It continues.

I have today been told by the FTC and the Connecticut Department of Consumer Protection that there is nothing that can be done to stop this extremely irritating form of harassment, which, because they say it is perpetrated illegally, is paradoxically beyond the reach of the authorities who are charged with taking action against offenders. They seemed to be saying that only if the callers were legitimate would they be able to prevail upon them to stop. I find this impossible to understand. One likes to think that when offences are committed every effort will be made to bring those responsible to account.

However, according to the FTC and the Connecticut Department of Consumer Protection my only options now are: (a) to change my telephone numbers, although there is no guarantee that similar calls will not eventually catch up with me; (b) to pay the telephone company to block each and every telephone number from which these calls are made—which is bound to fail because, as I stated earlier, they never come from the same number twice; or (c) to stop using the telephone. None of these options hold much attraction, except the last. I have always found speaking on the telephone to be a profoundly second-rate experience.

So there it is. What is to be done? I obey the law. I pay my state and federal taxes. I do not bother anyone if I can possibly avoid it. Why then should I or anyone else have to endure unending interruptions to my day, intrusions upon the privacy of my home, or irritating disturbances in my office—distractions that are becoming more intolerable as they continue, and as all efforts to stop them prove totally fruitless?
Posted by Angus Trumble at 4:10 PM