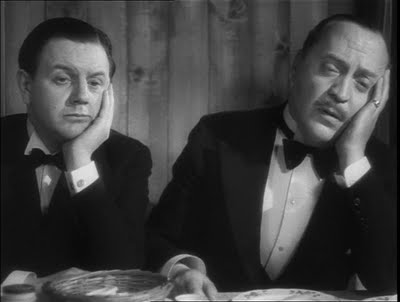 I have been struggling, searching, questing towards an Edwardian frame of mind—with which to conclude my essay for the catalogue. It is not easy. Was there such a thing, or even any sort of reliable national recollection of an especially gilded age residing out of reach across the chasm of the Great War, and with any particular defining qualities? Lady Cust obviously doubted it when, writing to The Times newspaper on November 3, 1930, she remarked:

Is it not time that certain of the Victorians stood aside for a little while and stopped finding fault with the present generation? We can hardly pick up a paper nowadays without reading the lamentation of pessimists over England’s wretched state. A few days ago, someone writing to The Times quoted ‘a middle-aged masseur’ who considered there was no one left in the country to be trusted. Now another has been bewailing our vanished dignity and the golden days that will never return. Well, were they so very golden? For the comfortable classes in their great houses, yes; but what of the Crimean heroes who walked the streets and lanes destitute and hopeless, and the great gulf fixed between the rich and poor; derelicts for whom there was nothing save haphazard charity between starvation and the workhouse?


No doubt Sybil Cust reflected here a social conscientiousness that was clearly in evidence in many Edwardian minds, certainly in the governments of Campbell-Bannerman and Asquith. And there is, I think, a variety of other similarly typical Edwardian outlooks that crop up from time to time, and put me in mind, once again, of Kenneth Clark’s blasé apercu: “What is civilization? I don’t know. I can’t define it in abstract terms, yet. But I think I can recognize it when I see it, and I’m looking at it now.” So, too, with Edwardian frames of mind. Or is it still too soon to say with any precision? J. B. Priestley certainly did not think it was, and nor did the authors of the thousands of other books with Edwardian in their title. No subsequent regnal term ever made it into the language, which is also suggestive. The hints are everywhere. Writing about the habit of addressing letters to the editor of The Times newspaper, for example, which was never more mightily entrenched in 1901, Kenneth Gregory pointed to the “finest letter which The Times—for excellent reasons—never published”:

September 9, 1985
Sir,
Travelling in the Balkans before the war with one of my uncles, a botanist, we made use of various phrase books including a somewhat erratic English–Albanian one by George Nakos and Kamber Ali, the latter said to have been a near relation of King Zog. Some of the phrases included envisaged contingencies which might seldom occur to ordinary travelers, for example: “Tell the Italian consul to fetch me an omelette.”
I am, Sir, your etc.,
J. R. Burg

As Gregory remarks, “In two sentences, Mr. Burg triumphed with at least half a dozen ploys: [1] travelling in the Balkans was not common before the war…but [2] Mr. Burg and his uncle were there; [3] ‘one’ of Mr. Burg’s uncles implies that he had several, to have enumerated them would have invited comparison with P. G. Wodehouse’s eleven aunts on his mother’s side alone; [4] a ‘botanist uncle’ has the reader asking ‘what were the others? Diplomat? Water-diviner? Professor of Sanskrit? Was the botanist uncle botanizing or acting on behalf of British Intelligence?’ [5] Mention of King Zog is a reminder that the British adore Royalty.
“Mr. Burg’s final ploy [6] is superb. He implies that he and his uncle were ‘ordinary’ travelers; we know they were not. We know that Uncle Burg went from restaurant to restaurant: ‘Tell the Italian consul to fetch me an omelette.’ History recalls what happened. The Italian consul protested vehemently to Rome so that on April 7, 1939, Mussolini invaded Albania, by which time Burg and nephew were safely back in England awaiting further instructions.”
To these observations I would add: (7) Mr. Burg’s characterization of his Albanian phrase book as “erratic,’ notwithstanding the distinction of one of its authors—a distinction, however, that he was careful not to take at face value; (8) a presumption that readers of The Times newspaper would find his account both informative and amusing; (9) the vision of their stout hand luggage brimming with a variety of other phrase books, some presumably more reliable than others; a corresponding (10) faith in their usefulness; a (11) self-confident determination to resort to them where and when necessary, the better (12) to be clearly understood as British travelers in temporary transit through countries of (13) dubious merit. There is also the presumption that (14) especially in those unpromising places an omelette would probably not be obtainable, even for ready money, or (15) by means of diplomatic intervention (16) other than that of an ambassador or minister plenipotentiary. Somehow, one thinks of Dame May Whitty in the role of Miss Froy. Just delightful.
Posted by Angus Trumble at 11:19 AM