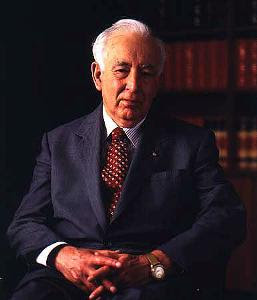 Sir Zelman Cowen, A.K., G.C.M.G., G.C.V.O., Q.C., died in Melbourne last Thursday, thirty-four years to the day since he was sworn in as the nineteenth Governor-General of the Commonwealth of Australia. In a formal statement, the Prime Minister, Julia Gillard, has rightly said: “Sir Zelman was a proud member of the Australian community, a proud member of the Jewish community, and a leader of both. He was a humanitarian whose dedication to justice and public welfare will remain one of his great legacies. We will remember him for his warmth, his humility, his integrity, his compassion, and the great dignity he brought to public life.” His appointment was one of the most inspired acts (and not the only one) of Prime Minister Malcolm Fraser, who, as time passes, just keeps on looking better and better. Certainly his approach to the problem of who to nominate to the Queen (and who not to) has been praised, perhaps above all, by Gough Whitlam! Not too long ago I was talking with a former official of the attorney-general’s department in Canberra who told me that, of all the prime ministers for whom it was his duty to supply formal legal advice, he thought Malcolm Fraser was the one who most conscientiously exercised the power of the executive specifically to right wrongs, despite the immediate or short-term political disadvantages such actions might well, and usually did generate. Sir Zelman’s death has reminded me of that conversation. I met Sir Zelman on a number of occasions between 1987 and 1991, when I worked at Government House, Melbourne, during the McCaughey era, and well remember the fondness, respect, esteem, and enjoyment of each other’s company exhibited by both statesmen, and indeed by Jean McCaughey and Lady Cowen. Sir Zelman had left office some years earlier, just as Davis had relinquished the Mastership of Ormond College, but their prodigious intellects and interests intersected in many ways, never more so than in the affairs of the University of Melbourne, and of universities in general during the period of the Dawkins reforms, of which it would be fair to say that neither Sir Zelman nor Davis approved. If heaven is a university, then surely both men hold personal chairs.
Posted by Angus Trumble at 1:54 PM