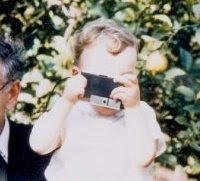 Just back from a busy week in London, with many more thoughts about portraiture. I suppose the vast majority of people today experience portraiture at first hand—the production of an image meant in some way to stand in for themselves—only in various banal forms of photography, increasingly biometric for the convenience of computers. And as everybody knows, in the cafe, canteen, public bar, or by the water cooler, when comparing sometimes scarifying, often comical images embedded in our not particular recent drivers’ licenses and other documents with photo ID, we are not often pleased with the likeness, or even convinced by it—even though it evidently performs more or less the function now required by a society in which an ever greater premium is placed upon security and surveillance. By contrast, I suppose it is also true that the merest glance at Facebook demonstrates what very unusual ideas many people entertain about how they would like to be identified, and by what sort of image. It is, after all, not so long since formal black-and-white passport photographs were routinely taken by professional photographers, and many of the lingering conventions of pose, of artful lighting, and of pleasing composition were then still pluckily harnessed in a studio setting to produce a better and more putatively flattering likeness. Such is my memory of going with Mum to have my first passport photograph taken in the old shop-front studio belonging to a Mr. Humphries (no relation) in Glenferrie Road, Malvern, near the corner of High Street. I cannot remember what I wore, but I do remember that Mum prudently brought along my hairbrush, a scratchy one, and that the sitting, which was surprisingly long, involved adopting a most counter-intuitive, cantilevered pose, with an upward turn of the head, and a subtle fall of light across the backdrop. Certainly the finished result was deemed acceptable by the authorities, and perhaps more importantly by Mum, and that passport served me well in the following years. This must have been towards the end of 1971, because I needed it to go to Fiji during the next May school holidays. I was seven years old. The last time I went through a similar process was a few years ago, when the consulate-general in New York sent me out to get a more satisfactory biometric passport photograph taken in a cut-price establishment with which they seemed to have wrought some commercial arrangement, which, because of the assembly-line technique and extraordinarily high cost, seemed dubious then and even more dubious now.

Posted by Angus Trumble at 2:37 PM