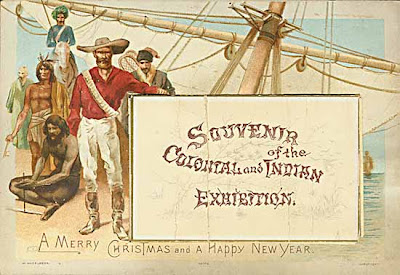 Here, then, is a considerable body of work. If we take these shreds of press comment at face value, beyond his involvement with the Exhibition Fountain by Josef Hochgürtel, between 1880 and 1901 August Saupé produced in Adelaide and Melbourne eight, maybe nine portrait busts, four of incumbent governors and public gentlemen; at least five plaster medallions, possibly more; two life-sized polychrome wax figures; the Barry modello; some sort of screen or retable housing Christ and the twelve Apostles; a replica of Thorvaldsen’s St. John the Baptist Preaching in the Wilderness, or else his own interpretation of the same subject, and at least one death mask. He occupied at least two full-scale studios in Adelaide, so there must have been more works in clay and/or plaster, and at least a few of them surely survive somewhere, gathering dust. Yet despite Saupé’s flair for self-promotion—the claims about student days in Berlin with the Empress Frederick, that portrait bust of King Albert of Saxony and an almost certainly unverifiable posthumous portrait bust of the Grand Duchess of Hesse are decidedly shrill, and presumably reflect the artist’s desire carefully to differentiate himself from Kennedy, that ostler with the rude tools, as well as the artistic but amateur Mesdames Gray, Strawbridge, Fiveash, and Wehl. Meanwhile such projects as the portrait busts of Lord Roberts and the future King George V were obviously strategic. Yet Saupé’s ambitious sculptural practice ultimately through the mid-1890s gave way to prospecting for quicksilver and gold. His effort in 1912 to talk up local gypsum, with which his first patent application dealt more than twenty years earlier, is infinitely sad. It was, after all, sixty years since Thomas Woolner reached the same conclusions, and, in the absence of any imported plaster of paris, used local gypsum to make the plaster for his own portrait medallions. Perhaps if August Saupé had arrived in the Australian colonies ten, twenty, thirty years earlier, he might have been remembered. Instead, like Josef Hochgürtel, he and most of his work have simply vanished.