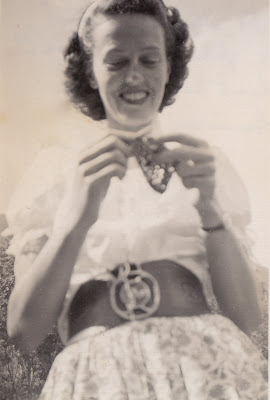 With characteristic discretion Aunt Anne left us few clues as to her true feelings about the various companions with whom she traveled south. With some pride she hung onto a tiny snapshot of a skiing trophy she won at Saint-Cergue in the Jura, but we know little else about Daphne, Margot, Pat, Nipper, Colleen, Liz, Cynthia, and Diana, or indeed David and André, other than that they had a lot of fun. By their arrangement in the album, the photographs outline an itinerary brimming with internal logic, and there are occasional flashes of insight to be found among Anne’s spare notations on the reverse. Here, for example, she writes simply: “Me knitting David a face washer (!) on the Route Napoléon near Grenoble.” 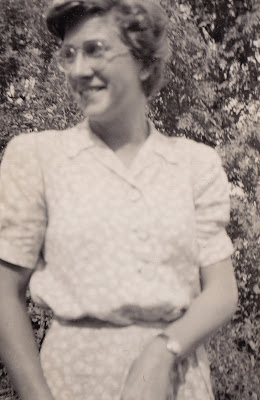 But Nipper (above) is invariably just “Nipper”; 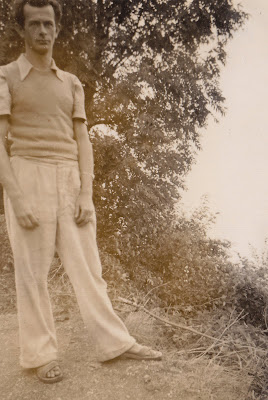 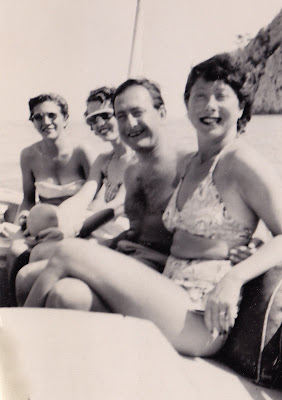 groups identified, as in this boating shot at Cassis, as “Nipper, Me, Mr. and Mrs. Roland,” the first person pronoun satisfactorily capitalized. 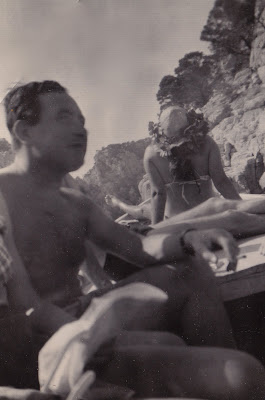 As far as I can tell (apart from carefully noting the identity of Margaret Cilento, another Australian artist who coincided with the party on the Riviera) this was Anne’s only nod to celebrity: “Mr. Roland, and back view of Margaret Olley [in hat],” although I am not quite sure how well-known Miss Olley was at this date. She is, of course, still going, more or less strong. 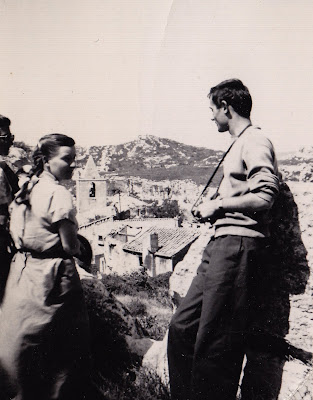 In a telling variation, however, Anne only very occasionally names André. Her only note on the reverse of this photograph is “Aix, Les Beaux again.” 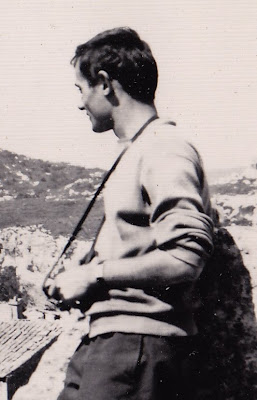 What a very handsome young man he was.
Posted by Angus Trumble at 11:06 AM