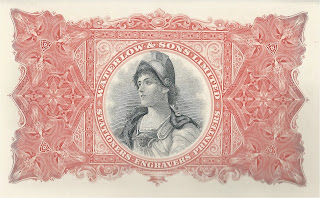 The cost of publishing The Colonial Office List was partly offset by advertising, and many of the ads were geared towards the exigencies of colonial life. In 1911 they included half- or full-page ads for Hickie, Borman, Grant & Co. Ltd., general shipping and forwarding agents (“passages booked and baggage shipped by all lines”); Henry Sotheran & Co., agents for all book-buyers in India, the colonies, and abroad; Ede, Son & Ravenscroft, colonial and civil uniforms (“the firm has been the recognised authority on court dress and robes for 200 years”); The Hardy Patent Pick Co. Ltd., hammer and rock drills; The Westminster Palace Hotel in London (for a little home leave: “Unrivalled position, overlooking Trafalgar Square, facing new entrance to the Mall, close to Houses of Parliament, Government Offices, theatres, and other places of interest and entertainment in the West End”); B. Drew & Co., hosiers, shirtmakers and general outfitters for W.A.F.F. khaki field service kit (“for officers serving with the West African Frontier Force and West African Regiment”); Army, Navy, and General Assurance Association Ltd., for accident and disease insurance (“double the usual compensations in the event of death, loss of eyes or limbs, or temporary disablement, total or partial, when arising from accident to a railway train”); The Legal and General Life Assurance Society; The Hunslett Engine Co., Ltd., manufacturers of locomotive, tender and tank engines to suit any gauge of railway; Cammell, Laird & Co. Ltd., axles, springs, buffers, files, and rasps; Wm. Potts & Sons, Ltd., cathedral, church, and turret clock manufacturers (“watchmakers to the Admiralty, first on list for 1905 and 1906”); Lambert, goldsmiths, silversmiths and jewelers to His Majesty the King; Whitfield’s Safes (“makers to H.M. the King, the Admiralty, the Agent-General for Natal, the Home Office, and the War Office”); Newton & Cook, painting, household, toilet, table, and general brush manufacturers; John K. King & Sons, the premier house for high-class seeds; Teofani’s cigarettes (“They possess an aroma peculiarly their own”); Alldays & Onions Pneumatic Engineering Co., Ltd., for cars, “perfect examples of British workmanship” (i.e. “standard cars suitable for colonial use”); The Civil Service Musical Instrument Association, Ltd. (“Pianos specially constructed for extreme and trying climates”); Osram lamps from General Electric; The Colonial Bank; The London City & Midland Bank; Bank of Australasia; Chartered Bank of India, Australia and China; Waterlow and Sons Ltd., engravers and manufacturers of bank notes, postage stamps, share warrants, and bonds (“The artistic nature of this engraving and the use of special geometric designs in white line has, combined with anti-photographic colours in the printing, successfully resisted all attempts at fraudulent imitation”); Jones, Chalk & Dawson, diplomatic uniforms of all countries; Nevill’s Charing Cross Turkish Baths (Hmmm: “Gentlemen’s entrance...pronounced to be the finest electric baths in Europe”); Szerelmey Stone Liquid, the remedy for damp, decay, scaling, chipping and discoloration; Aquascutum Ltd, overcoat specialists. One gradually forms a picture here of a pretty Government House somewhere exotic surrounded by beds of azaleas and hollyhocks grown from King’s seeds, with a clock in the turret from the house of Potts. Dressed by Ede & Ravenscroft and smoking Teofani’s cigarettes, the governor dictates instructions to Hickie, Borman & Grant relative to the imminent transfer to his next post, even while the civil engineers in town grapple with a big order for Hunslett locomotives, and the mines department is in touch with Hardy’s of Sheffield to see about getting in more hammer drills. Splendid.

Posted by Angus Trumble at 8:40 AM