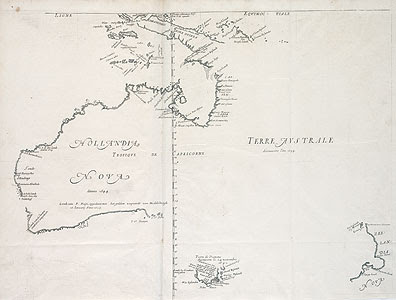 Among historical anomalies none is more curious than the English habit of naming distant places “new,” then waiting long enough to discover with some measure of satisfaction that they have become exceedingly old. That practice did not begin with Christopher Columbus and Giovanni da Verrazzano with whom we associate orbo novo, the “new world,” because New College was established early in the reign of King Richard II in 1379, and is therefore one of the earliest Oxford colleges. Perhaps stimulated by the early successes of Nuevo España, Nouvelle-France, and Nieuw Amsterdam, the habit reached its peak in the seventeenth and eighteenth centuries—with Nova Guinea (1600); New England (1614); New Haven (1640); Nieuw Holland (1644); Nieuw Zeeland (c. 1645); New London (1658); New York (1664); New Britain (1754); New South Wales, the New Hebrides, and New Caledonia (1770). Nieuw Oranje died on the vine, and few other names have fallen by the wayside, but the majority have endured, especially in the United States, and still proclaim a novelty that is impressively historical.
Posted by Angus Trumble at 12:43 PM