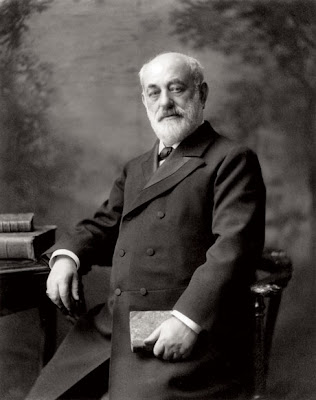 Judging from the longer of two press releases that you can read on their website (“Goldman Sachs Makes Further Comments on S.E.C. Complaint”) the Goldman Sachs Group, Inc., are this weekend deeply rattled, and far more than by the sharp 13% decline in the value of their stock on Friday. They have misspelled benefited, and there is no full stop at the end of the final sentence in the first paragraph of the section headed “Background.” According to Louise Story and Gretchen Morgenson in this morning’s New York Times, that loss is “a possible sign that investors fear that the S.E.C. complaint will damage Goldman’s reputation.” A possible sign? Damage? What reputation?!

Goldman Sachs are quite sanguine about the principal purpose of the transaction (a so-called synthetic collateralized [sic] debt obligation known as Abacus 2007–AC1), in connection with which the United States Securities and Exchange Commission took legal action in New York yesterday, accusing the firm of securities fraud. But their robust claim that the S.E.C.’s complaint lacks merit in fact and law strikes a shrill, discordant chord of desperation.

Abacus 2007–AC1 was created so that one party (Paulson & Co.) could wager on a collapse in American housing prices, and the other (IKB Deutsche Industriebank and ACA Capital Management) could bet on the opposite outcome. According to their statement, Goldman Sachs were paid a modest $15 million fee for organizing the bet, and also joined the losing side.

Goldman Sachs claim that all parties were fully apprized of the amazing risk, and a gauge of how defensive they have become is that they are now obliged to boast that, having taken account of that risk, the firm nevertheless lost more than $90 million in that single transaction. In other words they affirm that because they lost on the short end of the deal they are somehow innocent of collusion with any of the other parties. They also state that ACA Capital Management “ultimately and independently approved the selection of 90 Residential Mortgage Backed Securities, which it stood behind as the portfolio selection agent and the largest investor in the transaction.”

But upon what possible basis in this context could ACA Capital Management ever be described as “independent”?

And even if they had been independent, how was it possible for ACA, with its “long established track record as a CDO manager,” rationally to assemble a bouquet of subprime mortgage “securities,” and, presumably knowing what subprime means (i.e. not creditworthy), then place a bet of $951 million on the short-term survival of those 90 worthless little packets of sliced and diced subprime mortgage chicken feed? Of course, the substance of the S.E.C.’s complaint is that it was Paulson and not ACA who did the slicing and dicing, the better to insure the desired outcome. Whichever way it was, Abacus 2007–AC1 could not have worked without the cynical collusion of Goldman with certain of their clients, and of course with those miserably expedient ratings agencies.

The only conclusion to be reached is that the losing parties (including Goldman Sachs) must have made some actuarial or other calculation, a logarithmic guess according to which enough people who could never qualify for an ordinary mortgage might just manage to stay afloat long enough for IKB Deutsche Industriebank, ACA Capital Management, and Goldman Sachs to win their bets, grab the money, and run. However there was surely never any question as to whether the underlying Residential Mortgage-Backed Securities were ipso facto doomed.

I suppose some gamblers can be reckless; others reckless and stupid, or reckless, stupid, and almost criminally irresponsible, but the proprietor of the casino does not generally issue a press release to the general public announcing this fact about their clients and customers, for the simple reason that every sensible non-gambling person already knows full well that they are reckless, stupid and irresponsible. Nor does the casino often argue the case that, because they too lost heavily in the game over which they presided, that game was a sophisticated financial transaction devised for highly experienced professional investors, and not a desperately foolish exercise in crooked gambling, with unthinkable national and international consequences for millions of ordinary, hard-working people with modest savings.

They conclude: “The Goldman Sachs Group, Inc., is a leading global investment banking, securities, and investment management firm that provides a wide range of financial services to a substantial and diversified client base that includes corporations, financial institutions, governments, and high-net-worth individuals.”

And I am Marie of Roumania.