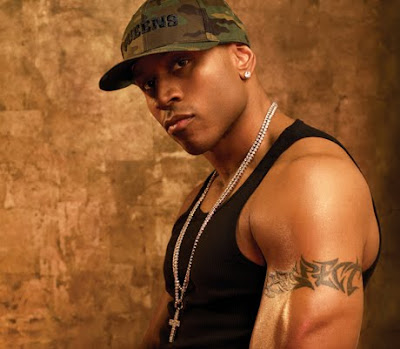 Lately an enjoyable correspondence has been going on in the Times Literary Supplement relating to the origins of that omnipresent and irritating word “cool.”

In his enormously long but exciting, indeed crucial campaign speech to the Young Men’s Republican Union at the Cooper Institute in New York City on February 27, 1860, Abraham Lincoln (Republican of Illinois) attacked the 1857 Dred Scott decision of the Supreme Court, according to which neither African slaves, nor former slaves, nor even their descendants fell under the protection of the United States Constitution, and brilliantly turned that expedient, unfortunate, and chaotically muddled 7:2 majority decision back on the southern Democrats to whom for the time being it represented a dream come true:

“Under all these circumstances, do you really feel yourselves justified to break up this Government unless such a court decision as yours is shall be at once submitted to as a conclusive and final rule of political action? But you will not abide the election of a Republican president! In that supposed event, you say, you will destroy the Union; and then, you say, the great crime of having destroyed it will be upon us! That is cool. A highwayman holds a pistol to my ear, and mutters through his teeth, ‘Stand and deliver, or I shall kill you, and then you will be a murderer!’”

In Lincoln’s hands cool seems to have meant rich.

Prominent on the podium when Lincoln delivered his famous speech—the speech that more than any other single factor won him the nomination at the Republican Convention in May—was Horace Greeley (1811–1872), the politician, committed abolitionist, and powerful editor of the New York Tribune, effectively the Republican Party’s national organ.

In a nice twist, many years later, Mr. Greeley cropped up in an unsigned article in the New York Times entitled “How To Keep Cool” (May 10, 1874), in which it was reported that the mercury had risen thirty-two degrees higher than on the same day twelve months prior, a gloomy harbinger of what was likely to be an especially trying summer:

“The question of keeping cool becomes of some importance when the thermometer touches 82 degrees, as it did in Park-row at 3.30 yesterday afternoon…The whole question might be discussed by parodying the late Mr. Greeley’s celebrated theory of resumption,—‘the proper way to keep cool is to keep cool.’ The aphorism is something more than a piece of alliteration. The wisdom of our ancestors has given the phrase a secondary meaning, equivalent to saying ‘avoid fretfulness and maintain an even temper,’ and in truth, all devices for summer coolness are thrown away if this first requisite for their success be neglected…Fénelon the Quietist, may be studied with advantage in the dog-days. ‘A patient, humble, tranquil spirit’ is an excellent thing to cultivate during the heated term.

Horace Greeley briefly represented the sixth district of New York in the United States Congress, but during Reconstruction moved gradually away from the Republicans, and eventually left the Party. In 1872 he ran for president against President Ulysses S. Grant as the nominee of the new and short-lived rival Liberal Republican Party, lost, and afterwards went mad—so perhaps it is just as well.

Anyhow, the author of that article in the New York Times mentioned Greeley’s “celebrated theory of resumption.” This was a reference to the suspension by Congress late in 1861 of “specie payments,” that is, the issuing of United States dollars in paper money (“greenbacks”) in order to preserve and insulate precious federal reserves of gold and silver—a radical monetary policy measure that was obviously made necessary by the outbreak of the Civil War. The suspension of specie payments was exceedingly inflationary, and in due course the administration of President Grant sought to resume them, in other words to enable banks and the U.S. Treasury once more to redeem United States paper money in solid, dependably stable gold and silver coins, in other words equivalent units of real value—a concept that in the midst of the present economic malaise seems entirely alien to our own and immediately preceding generations of central bankers. Even so, in the mid-1870s the issue was controversial, and Greeley’s famously phlegmatic statement on the matter was simply that “the proper way to resume specie payment is to resume.” Hence the proper way to keep cool is to keep cool. The article was syndicated widely, even to bemused readers of the Sydney Morning Herald on Monday, August 3, 1874 (page six), who were probably shivering, dreaming of summer, or both.

Meanwhile, “Fénelon the Quetist,” in other words François de Salignac de la Mothe-Fénelon (1651–1715), Archbishop of Cambrai, was the author of Les Aventures de Télémaque, Explication des Maximes des Saints, and other proto-liberal tracts. Inevitably, perhaps, His Grace fell foul of King Louis XIV and the Inquisition. Though permitted to retain his archdiocese, embracing Arras, St. Omer, Nemours, Tournai and Valenciennes, Fénelon was from 1699 not allowed travel outside it. He seems to have spent his later years trying to stay warm and keep cool at the same time.