The Huguenot families of Paré and Mignon 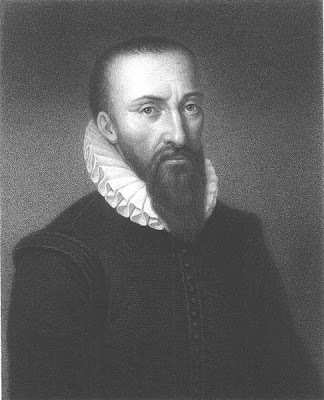 In 1764, our ingenious four times great grandfather Peter Travers, physician to His Britannic Majesty’s Royal Hospital at Lisbon, married Mary (1741–1815), the daughter of Peter Paré, a merchant of Plymouth, and his wife Mary Mignon (d. 1775), in turn the daughter of a Huguenot refugee who, settling in Devonshire at the close of the seventeenth century, no doubt spent the evening of his life (when not engaging in the novel profession of “merchant”) by reflecting wistfully upon the splendor of his title: comte de la Chaussée de Poitou. But, though ancient and noble, the family of Mignon was in fact originally English.

According to a discursive entry in John Burke and John Bernard Burke’s Heraldic Illustrations, Comprising the Armorial Bearings of the Principal Families of the Empire (London: E. Churton, Vol. 2, 1845, pl. CIII) “The family of Mignon...deduces its paternal descent from Sir William de la More, the ancestral chief of the ancient house of that name [i.e. More and Moore, not in any way related to Sir Thomas More, whose ancestry is obscure], who possessed More Hall and Bank Hall, both in the county palatine of Lancaster, for a long series of generations. Sir William accompanied Edward III. [1312–1377] to France, fought at the battle of Cressy [Crécy] in 1346 [August 26], and was advanced to the highest military order in the days of chivalry, that of a Knight Banneret, on the field of Poitiers [1356]. About a century afterwards, the successors of this Sir William de la More raised a corps of archers, and hastened to the relief of Louis XI. [1423–1483] King of France, when besieged by Charles Duke of Burgundy [at Beauvais, 1472], and on their being presented at court, His Majesty observing their handsome and martial appearance, exclaimed—“Ce ne sont pas la des Mores, mais des Mignons;” from which the surname of “Mignon” has remained to them.

“In the 16th century, during the reign of Charles IX. [1550–1574] when civil war broke out between the Catholic and Protestant parties, Mignon’s lineal descendant adopted the latter faith, and was one of the most distinguished chiefs of the Huguenots, and took a conspicuous part in the numerous victories of his party, between the years 1580 and 1586, in conjunction with the celebrated Duke [Maximilien de Béthune, duc] de Sully [1560–1641]. At the battle of Coutras in Guienne [October 20, 1587], Mignon was chief Commandant of Artillery, and to his exertions was the King of Navarre, (afterwards Henry IV. [1553–1610]) principally indebted for that brilliant victory: for his services on this occasion Henry IV. sent him the baton of a Marshal of France, the highest military honour which could be paid to a Protestant nobleman, but he was killed soon after at the seige of Nonan Court [Nonancourt, 1590]. His son and successor became page to Henry IV. on that monarch’s accession, and was (as his father had likewise been) the confidential friend of the Duke de Sully. The family continued in undisturbed enjoyment of their estates, until the revocation of the edict of Nantz [sic, 1685], when the representative of this ancient and noble family was compelled to fly his native country, and arriving at Plymouth, settled himself there as a merchant.

“One of the chief ancestors of the different branches of the family of Mignon which flourished in France in the reign of Philip [VI] of Valois [1293–1350], acquired the lands of Mignonville near Nantes. William de Landes, Lord of Mignonville, was upwards of a hundred years old when he died. His son allied himself with the noble and ancient House of De la Chaussée of Poitou, which held the Government of Poitiers in 1635. This family also intermarried with the illustrious house of Breçonnet of Tours. Francis Breçonnet, the second of his name, Lord of Leveville, &c., was father of William Breçonnet, by his wife, Anne de Landes, Countess of Mignonville. He was President of the Council and d. in 1674; by his marriage with Margaret, dau. of John Amelot and Cathérine de Creil [of the exceedingly ancient and noble house of Creil], he had several children, of whom one only survived, John, Lord [sieur] of Mignonville, who d. 25 Dec. 1698, leaving an only son, Count de la Chaussée, who came into Devonshire, as already stated, and had issue—1. John, a merchant, who d. at Plymouth, Feb. 1754. 2. Stephen, who m. 11 March 1746, Mary, eldest dau. of the Rev. Thomas Bishop of Barnstaple, grand-dau. of Sir John Davie, fifth Bart. of Creedy, and had,—with two elder sons both d. young, and two daus. viz. Mary, m. John Innes, Esq., and Elizabeth Mussell, m. to Joseph May, Esq. of Plymouth,—an only surviving son, George Mignon, Col. in the army, who served with great distinction in the campaigns in India under Generals Goddard and Abercrombie, and Lords Cornwallis and Harris. At the assault at Seringapatam [Srirangapatna, May 4, 1799], he led the whole flank companies of the Bombay Army, and obtained immediately after the battle a divisional command through the recommendation of the Duke of Wellington (then Sir Arthur Wellesley)... 3. Mary, m. to Peter Paré, Esq. the lineal descendant of the celebrated Ambroise Paré, Surgeon to Francis I., and Henry II., Kings of France…”

Now, as regards our five times great grandparents, Mr. and Mrs. Peter Paré, all this is useful but slightly misleading. Ambroise Paré (c. 1510–1590) has indeed been referred to as “père de la chirurgie française,” but of his ten children by two marriages only three daughters survived infancy. Nevertheless, in the late eighteenth and early nineteenth centuries, as antiquarian interest in le chirurgien formidable Paré intensified—he is credited with discovering the antiseptic properties of turpentine in the treatment of hideous battlefield injuries; for the ligature instead of the cauterization of arteries prior to amputating limbs, as well as certain modest advances in obstetrics—there existed a scattering of ancient spinster ladies called Paré who lived not far from the village of Bourg-Hersent near Laval (Mayenne) where Ambroise Paré was known to have been born, as well as numerous Huguenot families with the name of Paré who likewise claimed direct descent from this illustrious man. All members of the latter fled France after the Revocation of the Edict of Nantes (1685), and a number settled in Amsterdam, where one displayed a sign prominently over his front door: “Habitation des descendants d’Ambroise Paré.” (The whole story is set out in great detail by Paule Dumaître in her fine article “Des descendants retrouvés d’Ambroise Paré, a famille d’hier, sa famille d’aujourd’hui,” in Histoire des sciences médicales, Vol. 33, 1999, pp. 243–54, though unfortunately the trail goes cold in Amsterdam.)

Presumably the Plymouth branch of the family of Paré cherished the same tradition, and it may be that all, including our Mrs. Travers, were remote collateral descendants of Ambroise’s father, who was a valet de chambre and barbier attached to the household of the comte de Laval, or else Ambroise’s brother Jean, who was also a hairdresser.

None of this explains our dear late father’s strong attachment to unreliable French automobiles.

Posted by Angus Trumble at 5:45 AM